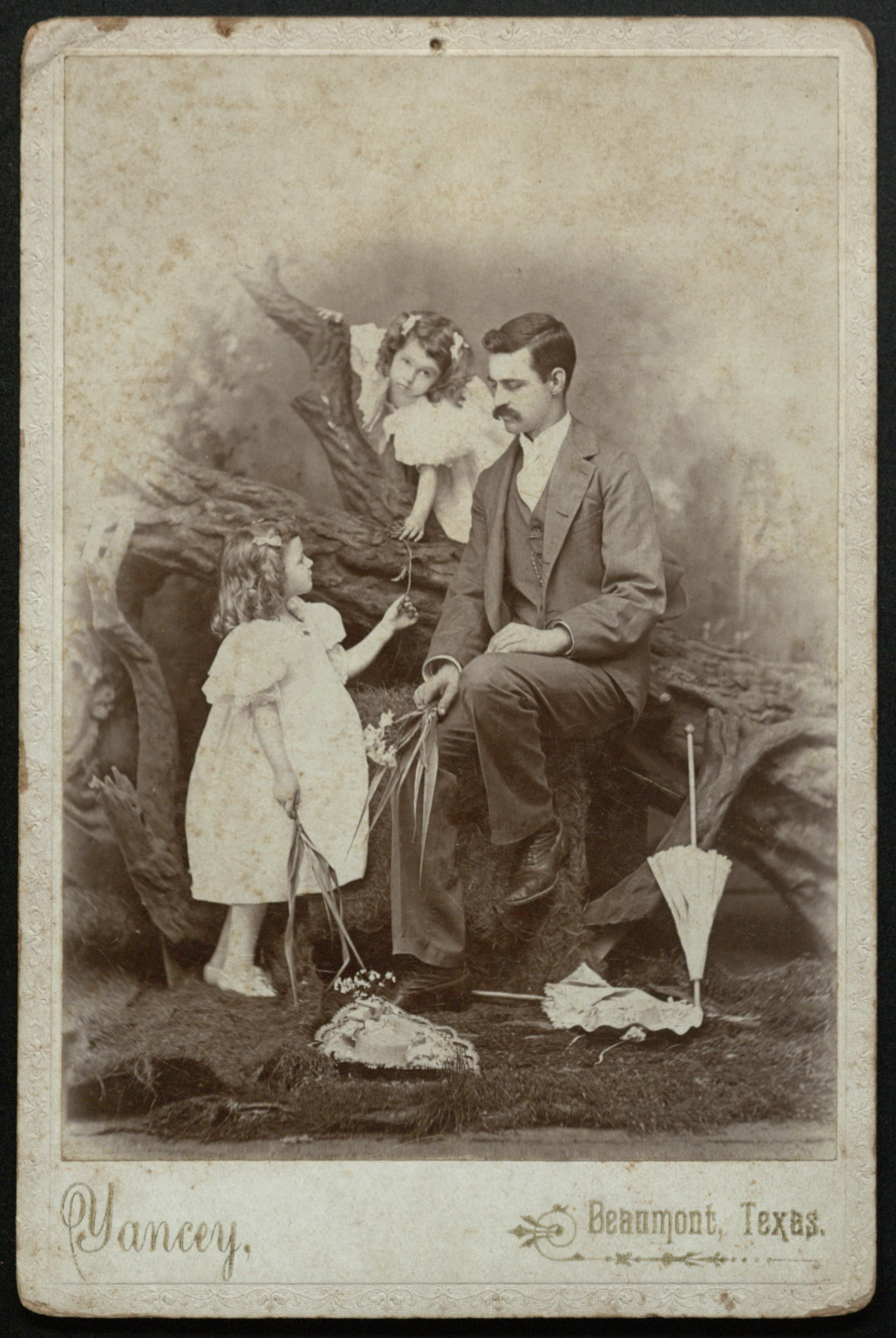 Try to find the date or year when this image was made.
Thanks for contributing!
A photograph of Frank J. Bettis with his daughters, Novaline and Frankie. Frank Bettis was born in St. Louis on October 2, 1867. His parents were I. H. and A. E. Ostrander Bettis. His family moved to Orange, Texas, in 1877. On August 27, 1890, he married Sarah "Sadie" Baldwin and soon after moved to Beaumont to begin work for the Beaumont Lumber Company. He later organized the Beaumont Box and Crate Company, which later merged into the Bettis Manufacturing Company. He and Sarah were the parents of Novaline, Frankie, and Irvin H. Bettis. Frank died on November 22, 1913, and is buried in Magnolia Cemetery. Novaline Bettis was born on November 9, 1891, in Orange, Texas. She graduated from Beaumont High School in 1909, and from the Kidd-Key Conservatory in Sherman, Texas, in 1910. She married Edgar Alfred Holland of Houston on October 7, 1914. Together they had two children, Edwina Holland Winter and George E. Holland. She died on October 14, 1962, in Beaumont. Frankie Bettis died from meningitis as a student at the University of Texas.