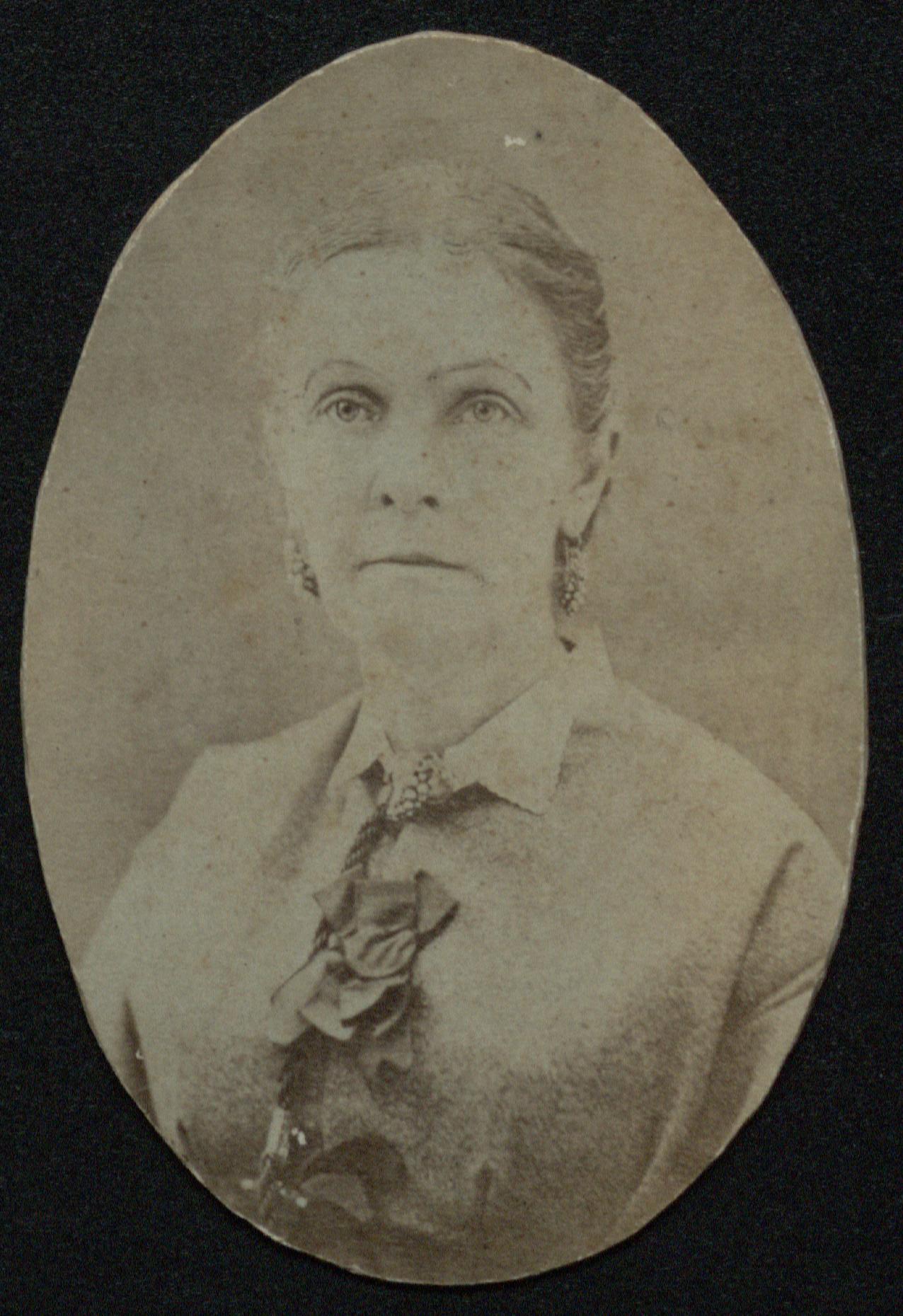 Try to find the date or year when this image was made.
Thanks for contributing!
A photograph of Sarah James Lavangee. She was born Sarah Ann Edmondson to John Edmondson and Eliza Jane Molton on September 20, 1821, in Montgomery, Alabama. She married her first husband, Isaac Dorgan James, on January 12, 1840, and they remained together until his death in Houston, Texas, on September 11, 1847, of yellow fever. Together they had three children: Novaline Molton, Antoinette Marion James, and Leon Clark James. Sarah married her second husband, Judge Sanford Lavangee on February 14, 1856, in Mobile, Alabama, and they remained together until his death in January of 1878. Together they had one daughter, Ida Octavia Lavangee. Sarah died in Greensburg, Louisiana, on March 19, 1886, and she is buried in the Greensburg Cemetery.