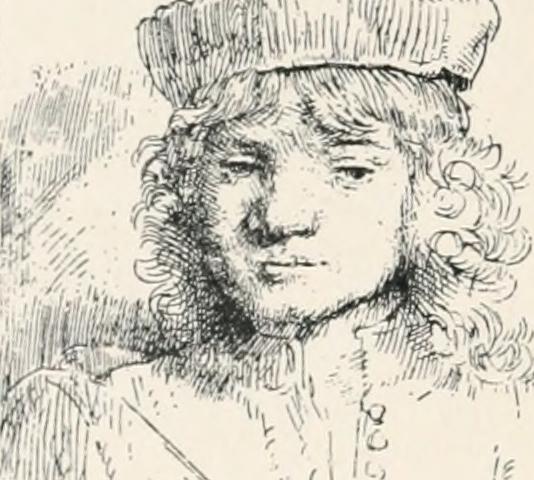 
Text Appearing Before Image:
landscapeand animals. He drew instruction fromthe most commonplace objects, such,for instance, as the Sea-shell of hiswonderful etching, or the Bullocks Ca7case of his superb studyin the Louvre. But, as may be readily supposed, the humanform had a hifjher interest and attraction for him. With the ex-ception of Cornelis van Haarlem and a few of the early Italianisers,we believe no Dutch artist to have approached Rembrandt in thenumber and continuity of his life-studies. His usual models, as wehave seen, were young lads from among the poorer population of thequays and port of Amsterdam, who were readily induced to sit bythe offer of trifling moneys. But female models were difficult to pro-cure. In Rembrandts age and country, painters could rarely overcomethe scruples of their modesty. Those they prevailed upon to pose forthem were not, as a rule, remarkable for grace or beauty. Someamong Rembrandts female models are hideously repulsive. He 1 Oud-Holland, iii. p. 95-98, and viii. p. 175.