Image from page 504 of "The boy travellers in Australasia : adventures of two youths in a journey to the Sandwich, Marquesas, Society, Samoan and Feejee islands, and through the colonies of New Zealand, New South Wales, Queensland, Victoria, Tasmania, and 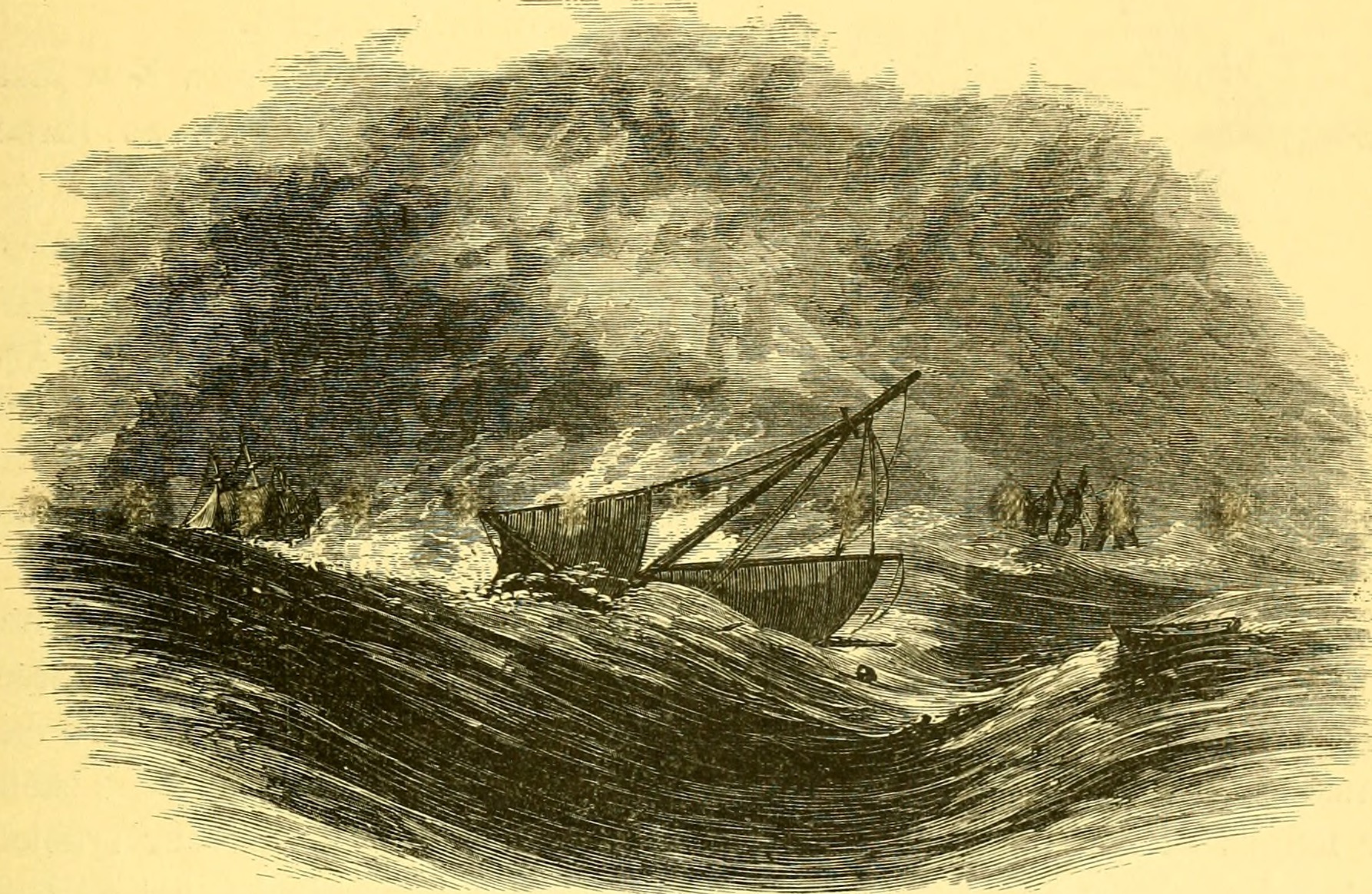 
Text Appearing Before Image:
remarked that thebarometer was falling, and during the forenoon it continued to go downwith considerable rapidity. We were going on an excursion, but the gentleman who had in-vited us came around to suggest a postponement, as we were about tohave a burster. We always expect it, said he, when the barometerfalls rapidly in the forenoon, as it is doing now. So we stayed in and watched for the storm. There w^as an appear-ance as if a thin sheet of cloud was being rolled up before the advan-cing wind; in fact it was not unlike the beginning of the brickfielder inSydney. Then came a high wind which brought clouds of dust, andthen the breeze chopped suddenly to the south and blew with great A SOUTHERLY BURSTER. 481 violence. It was tliirty miles an hour at the start, but before it gotthrough with its performance it was sixty or seventy miles. It hasbeen known to go to ninety or a hundred miles, and on one occasion itreached one hundreil and fifty miles an hour, and did a great deal of damage

Text Appearing After Image:
CAUGHT IX A BCRSTER ON THE AUSTRALIAN COAST. The thermometer fell more rapidly than the barometer had done.In the morning about nine oclock the mercury was at 89° Fahrenheit,and it remained about that figure until the wind went around to thesouth a little past noon. In less than an hour it had fallen twenty de-grees, and in another hour twenty more. These sudden changes arethe trying features of the Australian climate, but the people say nobodysuffers from them except in discomfort. They tell us that the mercury has been known to drop thirt} de-grees in half an hour, and the readings of the thermometer at noon andmidnight sometimes show a variation of ninety-nine degrees. WilliamHowitt mentions experiencing a temperature of 139° in the shade, andit is no uncommon thing for the mercury to mount to 130°. There isan official record of 179° in the sun and 111° in the shade in South Mel-bourne, and at the inland town of Deniliquin of 121° in the shade. The Ijurster ended towards even