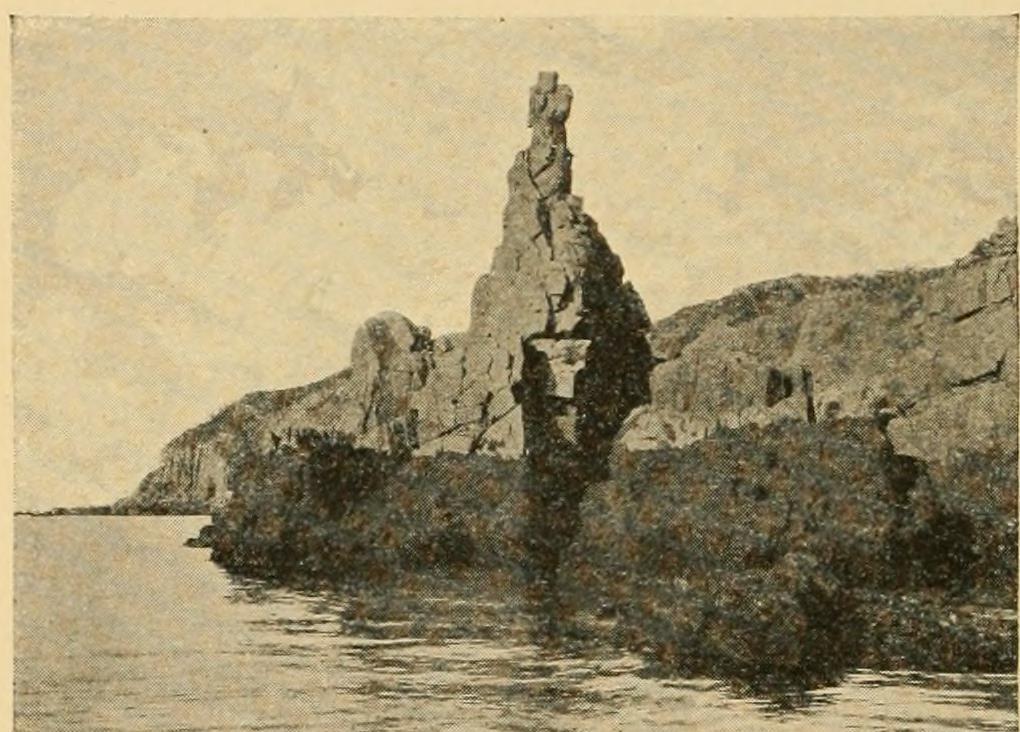 
Text Appearing Before Image:
and a number of small New England ones. But the storehouse burned with all their pro-visions and the furs they had bought from the Indians.They were obliged to live on fish and such game as theycould shoot, and on dog meat. Their cabins could notkeep out the searching winds and biting frost. Manyof them were sick, and their leader, George Popham, died. In thespring a shipcame with sup-plies, but thesettlers de-clared it wasof no use forEnglishmen totry to live insuch a coldcountry, andthey all eitherreturned to England, or went in the little vessel theyhad built to Jamestown, Virginia. For some time afterward only fishermen pitchedtheir tents or built their huts along the rocky Mainecoast. In 1614 the famous Captain John Smith with twoships and forty-five men visited the region. He andhis fellows built seven boats in the vicinity of theKennebec, and used them in part for fishing, and inpart for exploring with the hope of discovering goldand copper mines. No mines were found, but Smith

Text Appearing After Image:
The Southern Cross on the Maine coast Historic Maine 319 was presently able to sail to England in one of his shipswith a valuable cargo of fish and furs. The master ofthe other ship tarried behind and prowled along thecoast as far as Cape Cod, capturing natives at severalplaces. Finally, he crossed the ocean with twenty-seven of them whom he sold as slaves in Spain. Maines first permanent settlement was made in1624 by emigrants from Plymouth Colony at what isnow York, but which they gave the local Indian nameof Agamenticus. A few years later Sir Ferdinando Gorges was madeproprietary lord of the country between the Piscataquaand Kennebec rivers, and as far north as Lake Um-bagog. The region was given the name of Maine inhonor of the English queen, who came from France,where her estate was the province of Mayne. The settlements were increasing in number, and Gor-ges, who directed the affairs of the colony from hisEnglish home, foresaw a rich reward. He selected theplantation of Agamenti