Looking down from the top of the northern ancilliary arm of the Story Bridge Brisbane ca. 1938 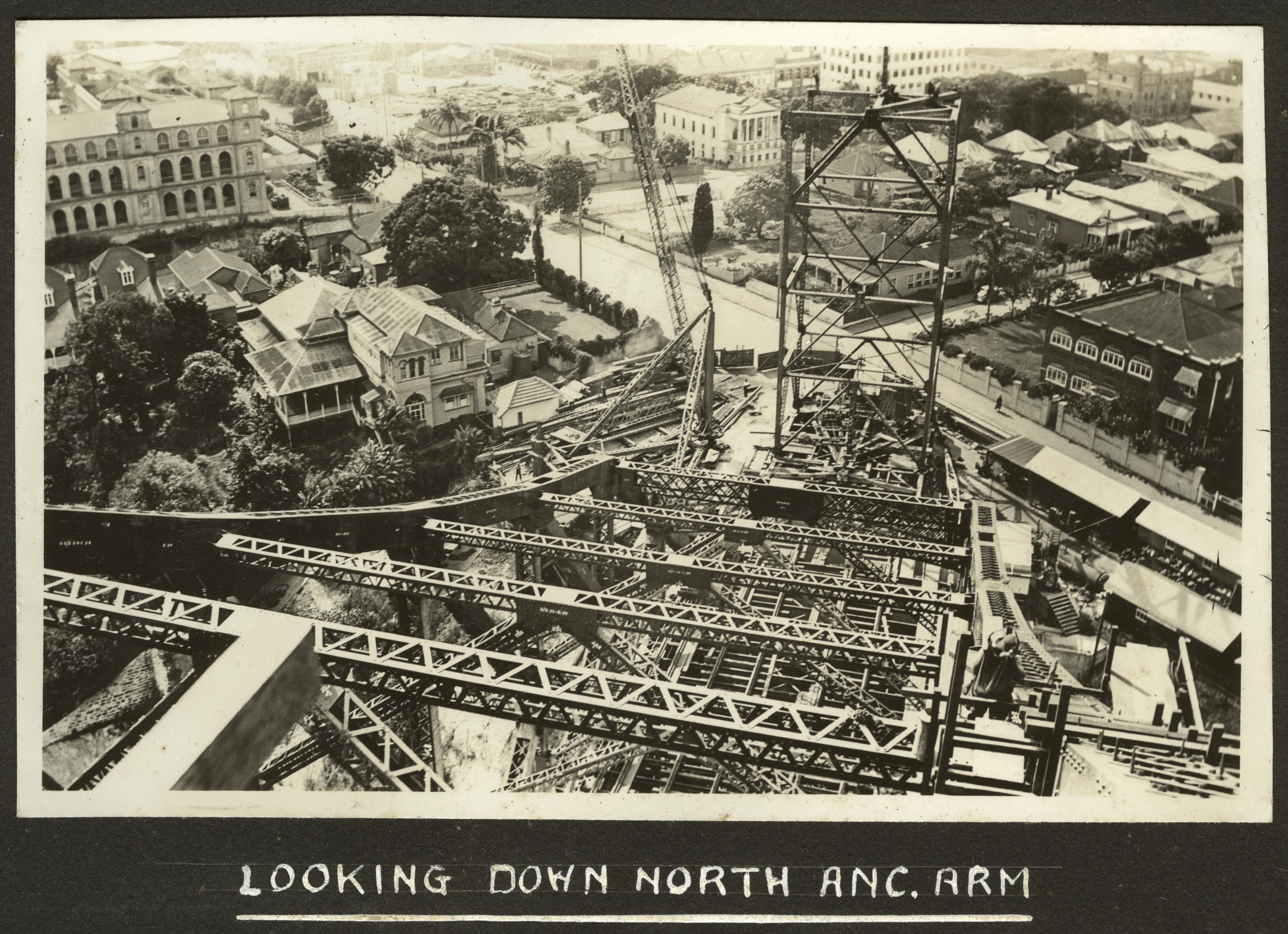 Try to find the date or year when this image was made.
Thanks for contributing!
Title: Looking down from the top of the northern ancilliary arm of the Story Bridge Brisbane ca. 1938

Description: Story Bridge in Brisbane was built to span the Brisbane River from the city to Kangaroo Point. It was named in honour of Mr J. D. Story the Public Service Commissioner. Design of the bridge began in early January 1934. The Bridge Board, elected Dr. J.J.C. Bradfield as the consulting engineer.The construction of the cantilever bridge began in 1935 and was completed and opened to traffic in July 1940. The length of bridge including the approaches is 1375 m. More than 95% of the steel was manufactured in Australia and the bridge was constructed by Evans, Deakin-Hornibrook Construction Co. Pty Ltd.

Note: High resolution version of this image available for download