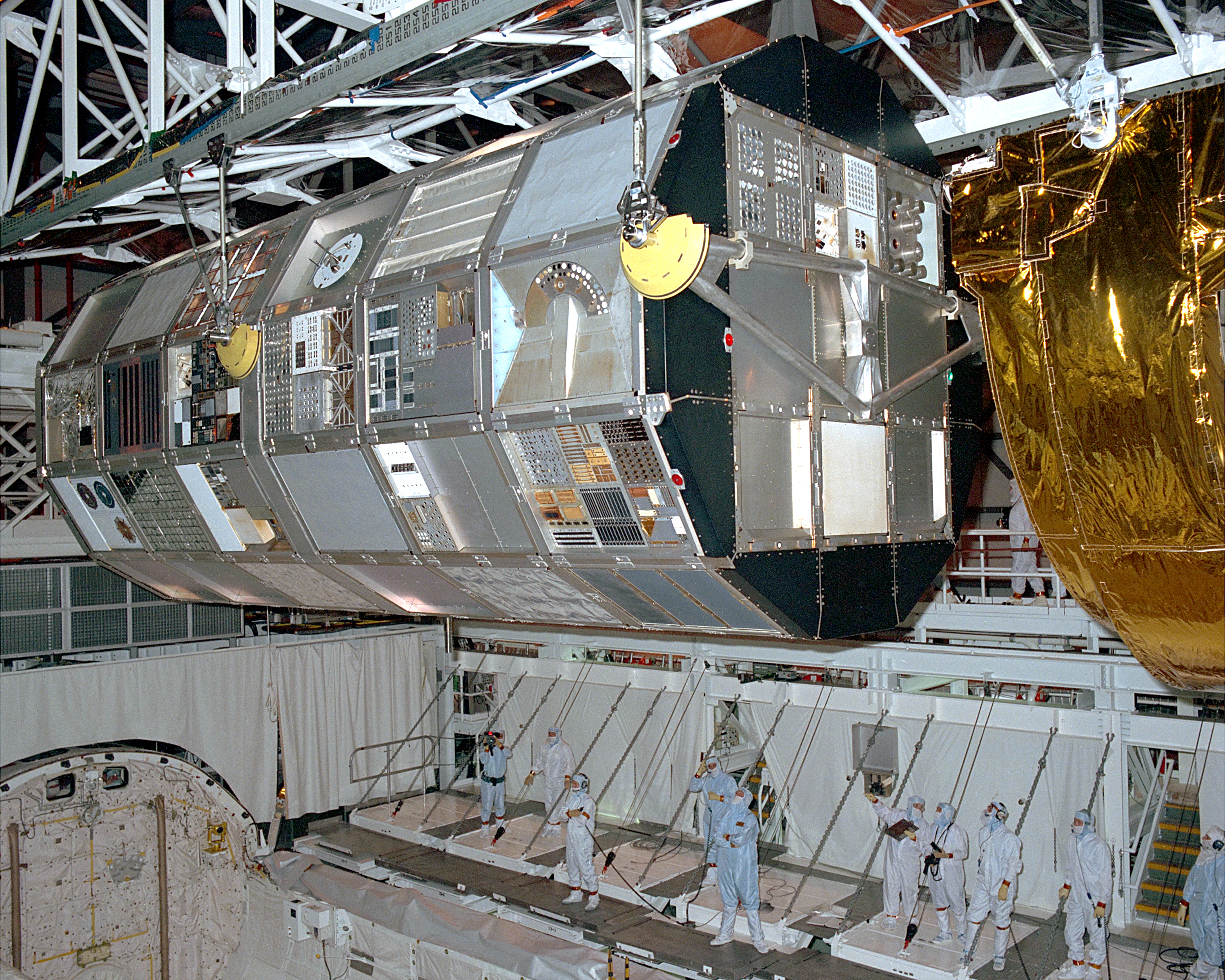 Try to find the date or year when this image was made.
Thanks for contributing!
Suspended above the payload bay of the Space Shuttle Columbia, the Long Duration Exposure Facility (LDEF) is monitored by technicians during its move from the Space Shuttle to a transportation canister. LDEF, with 57 experiments was launched on STS-41C on April 6, 1984. It spent almost six years in space before being retrieved by the STS-32 crew in January 1990.