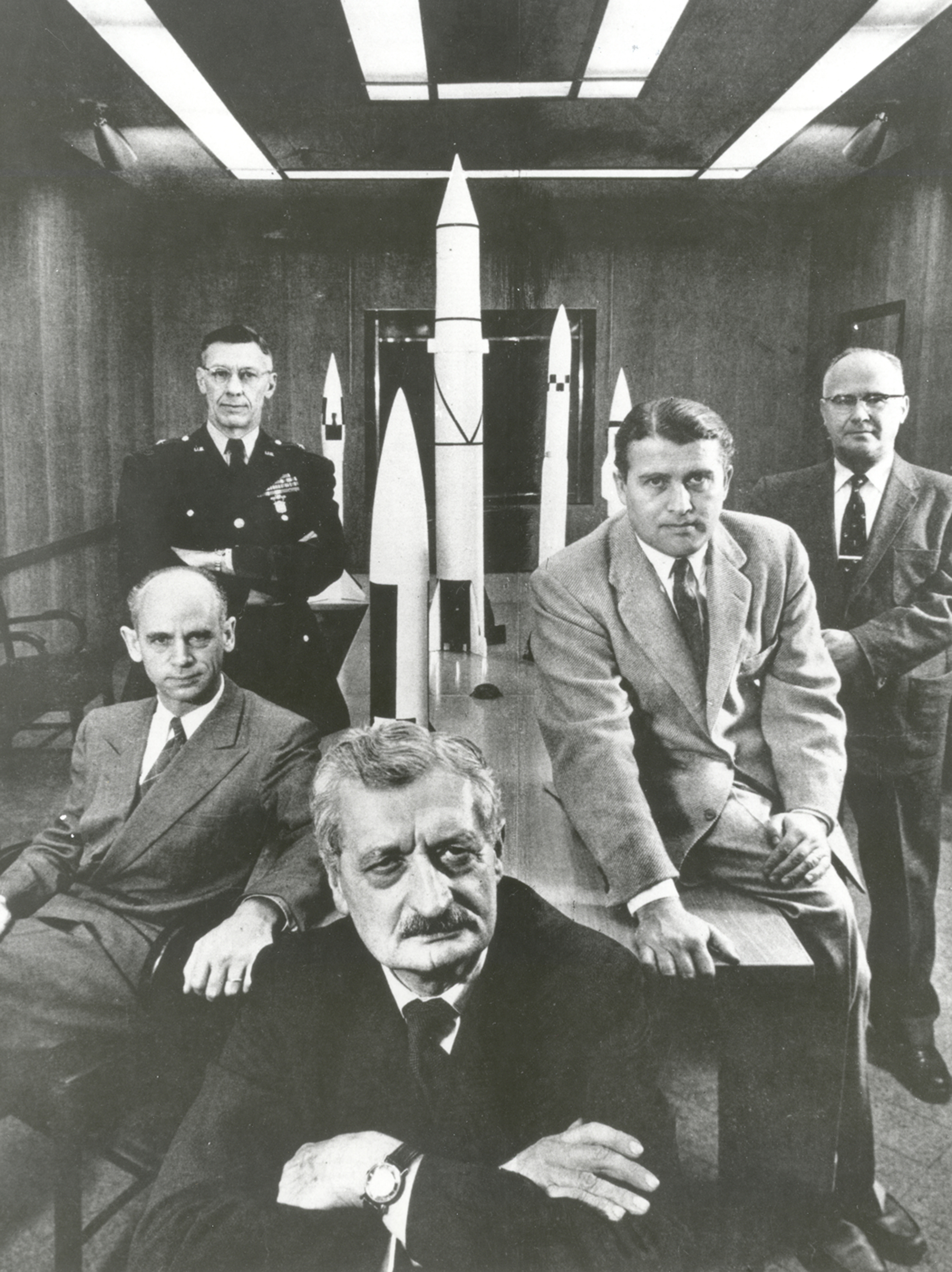 Try to find the date or year when this image was made.
Thanks for contributing!
Hermann Oberth (forefront) with officials of the Army Ballistic Missile Agency at Huntsville, Alabama in 1956. Left to right around Oberth: 1) Dr. Ernst Stuhlinger (seated). 2) Major General H.N. Toftoy, Commanding Officer and person responsible for "Project Paperclip," which took scientists and engineers out of Germany after World War II to design rockets for American military use. Many of the scientists later helped to design the Saturn V rocket that took the Apollo 11 astronauts to the Moon. 3) Dr. Robert Lusser, a Project Paperclip engineer who returned to Germany in 1959. (Note: Lusser is incorrectly identified as Eberhard Rees in the standard NASA caption for this photo). 4) Dr. Wernher von Braun, Director, Development Operations Division.