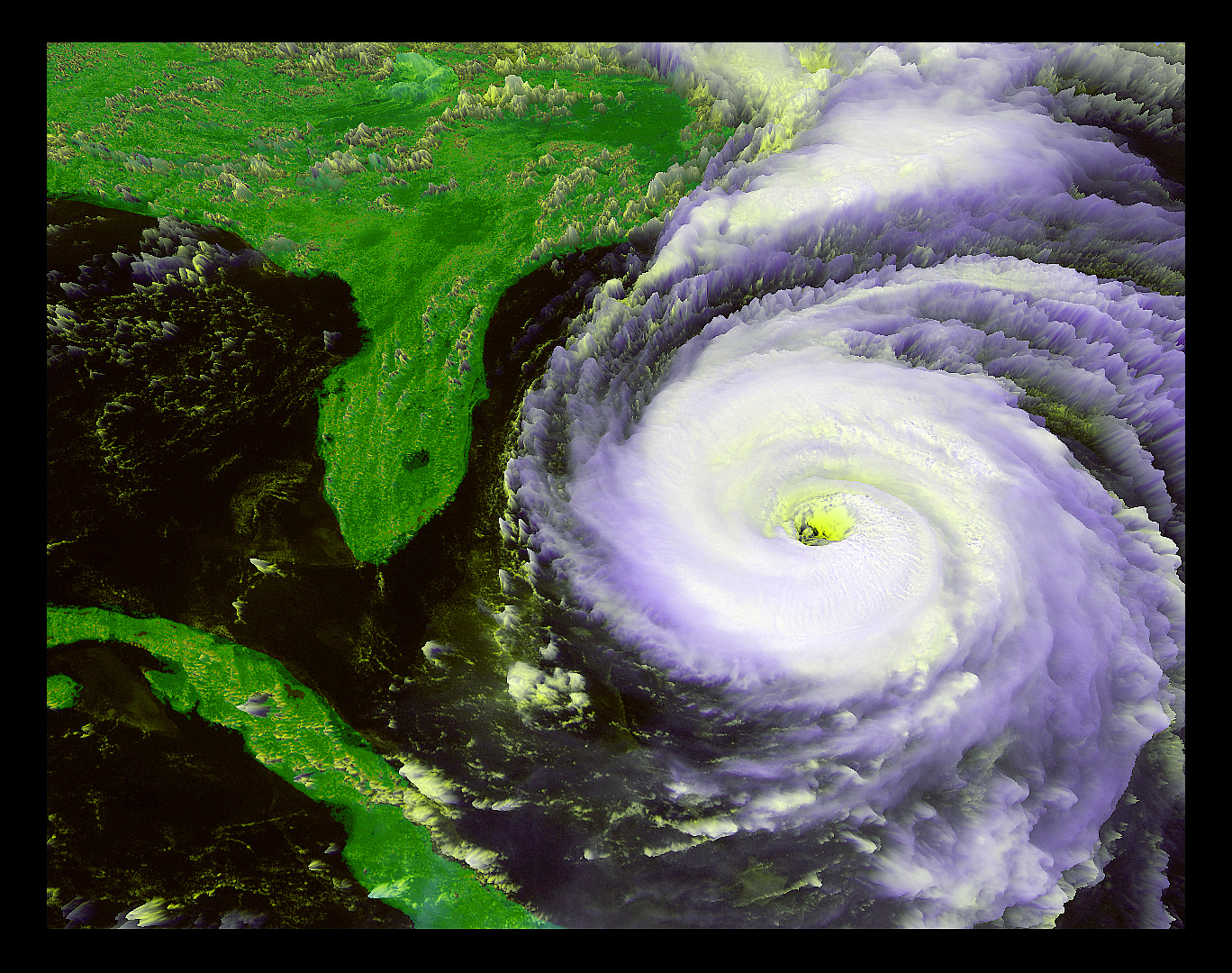 Try to find the date or year when this image was made.
Thanks for contributing!
The GOES weather satellites took this image of Hurricane Fran just as it was beginning its disastrous journey north along the East Coast in 1996. The storm slammed into North Carolina's southern coast on September 5 with sustained winds of approximately 115 mph and gusts as high as 125 mph. At one point, 1.7 million customers in North Carolina and 400,000 customers in Virginia lost electricity. The storm caused about $5 billion in damages in North Carolina alone, making Fran the third most costly hurricane in U.S. history.