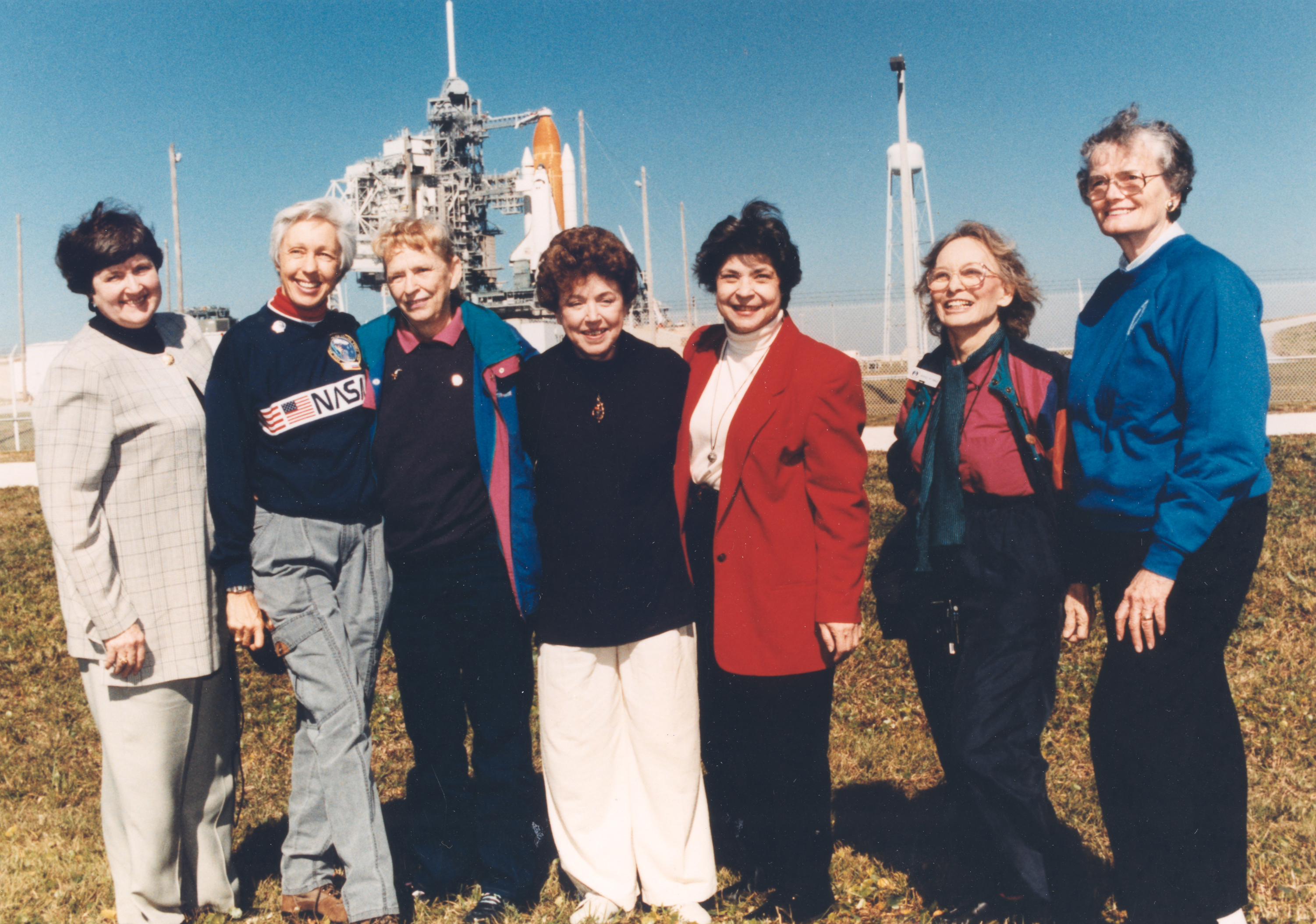 Try to find the date or year when this image was made.
Thanks for contributing!
Exuberant and thrilled to be at the Kennedy Space Center, seven women who once aspired to fly into space stand in front of Launch Pad 39B with Space Shuttle Discovery, poised for liftoff on the first flight of 1995. These women were members of a group that was referred to as First Lady Astronaut Trainees (FLATs, also sometimes known as the "Mercury 13"). This group of women took the medical and some of the screening tests that were administered to first NASA class of astronauts (the Mercury 7) in the early 1960s. The FLAT effort was privately sponsored and never an official NASA program, the collapse of the effort caused considerable controversy and recrimination - especially since the women outscored many of the men on the medical and screening tests. Although U.S. government policy on the experience needed to be an astronaut effectively prevented women from becoming astronauts in the 1960s, the experience of the FLATs helped pave the way for those to follow. In 1995 Eileen Collins became the first female Shuttle pilot on STS-63. Visiting the space center as her invited guests for the launch are (from left): Gene Nora Jessen, Wally Funk, Jerrie Cobb, Jerri Truhill, Sarah Ratley, Myrtle Cagle and Bernice Steadman.