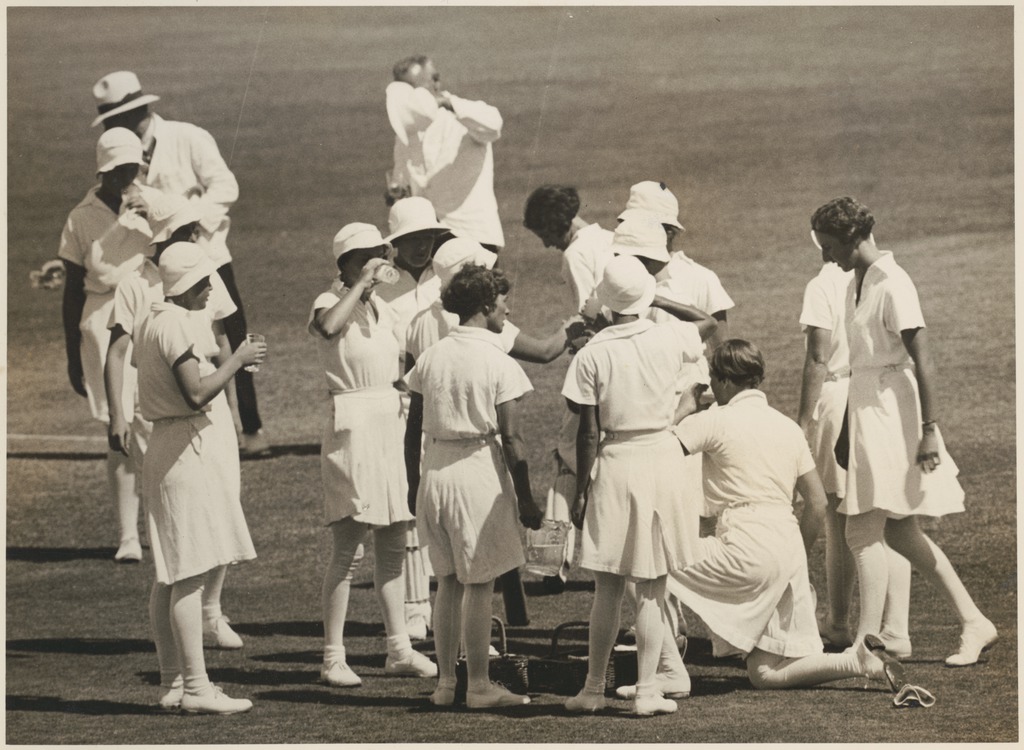 Try to find the date or year when this image was made.
Thanks for contributing!
Women's Cricket Association

Title devised by cataloguer.; Condition: Good.; Inscription on reverse: "Women's cricket - Second Test at Sydney Cricket Ground - England v Australia - Drinks were among the most important items at the Sydney Cricket Ground, when the women of England and Australia met in the second Test - The Telegraph, 161-163 Phillip Street, Sydney."; Also available in an electronic version via the Internet at: nla.gov.au/nla.pic-vn3166999.