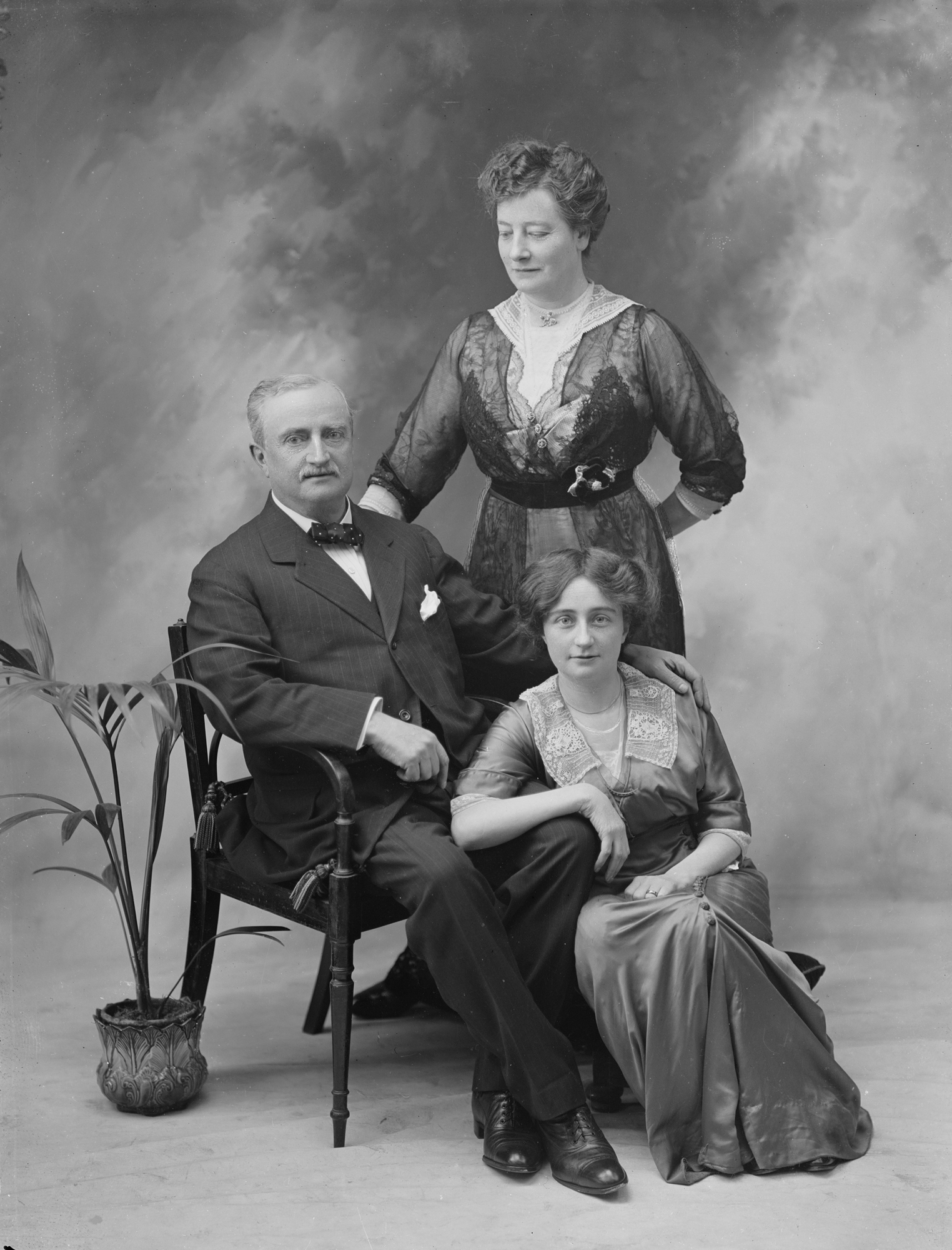 Try to find the date or year when this image was made.
Thanks for contributing!
This photo is one of my favourites for quite a while, I have seen quite a few photographs of the great man, but none better than this, in my opinion.

We have Mr and Mrs Redmond and the consensus seems to be that the girl (or more appropriately young lady) is Johanna Redmond their daughter.

I am going with our suggested catalogue date of 26th January 1914 and there is good evidence that he was in Waterford at that time.

John Edward Redmond (1 September 1856 – 6 March 1918) was an Irish nationalist politician, barrister, MP in the House of Commons of the United Kingdom of Great Britain and Ireland and leader of the Irish Parliamentary Party from 1900 to 1918. He was a moderate, constitutional and conciliatory politician who attained the twin dominant objectives of his political life, party unity and finally in September 1914 achieving the promise of Irish Home Rule under an Act which granted an interim form of self-government to Ireland. However, implementation of the Act was suspended by the intervention of World War I, and ultimately made untenable after the Conscription Crisis of 1918.