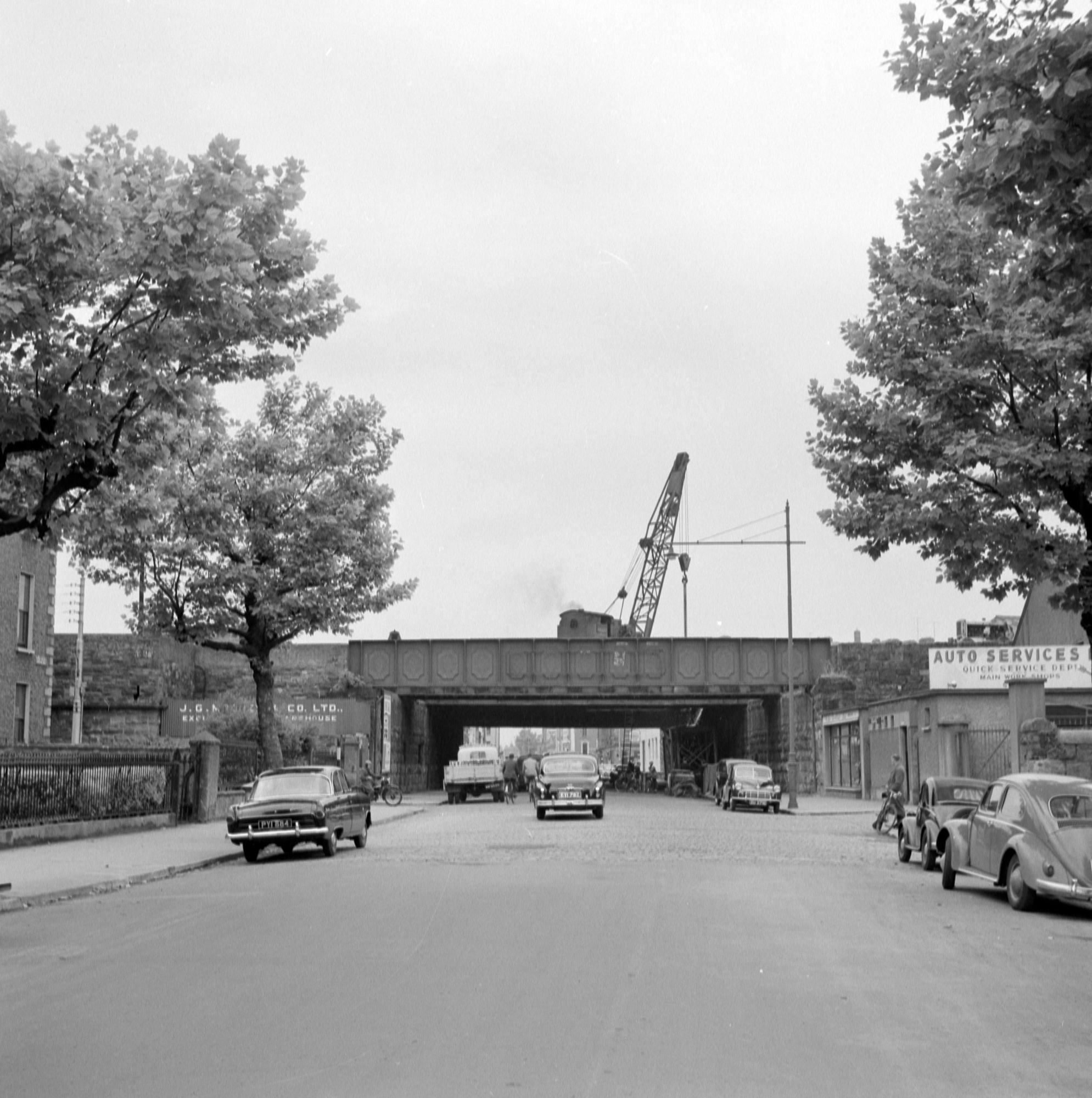 Try to find the date or year when this image was made.
Thanks for contributing!
General view with crane, Adelaide Road, Dublin City, Co. Dublin or where's the Austin Cambridge.

Thanks for all the comments and fun today. The Mystery car issue is fascinating, was O'Dea a lazy photographer, did he just park his car in the first available space, or was he as some have suggested (hoped), setting a puzzle for the future viewers of his fantastic photographs.

I for one hope it is the latter, and that Mr O'Dea wherever he might be is having a good laugh at our expense.

I must say that I am disappointed with the lack of a Mystery Car Limerick.

This line was closed because it was losing a couple of thousand pounds a year, it cost many hundreds of millions of euro to open part of it again in the naughties, progress indeed.