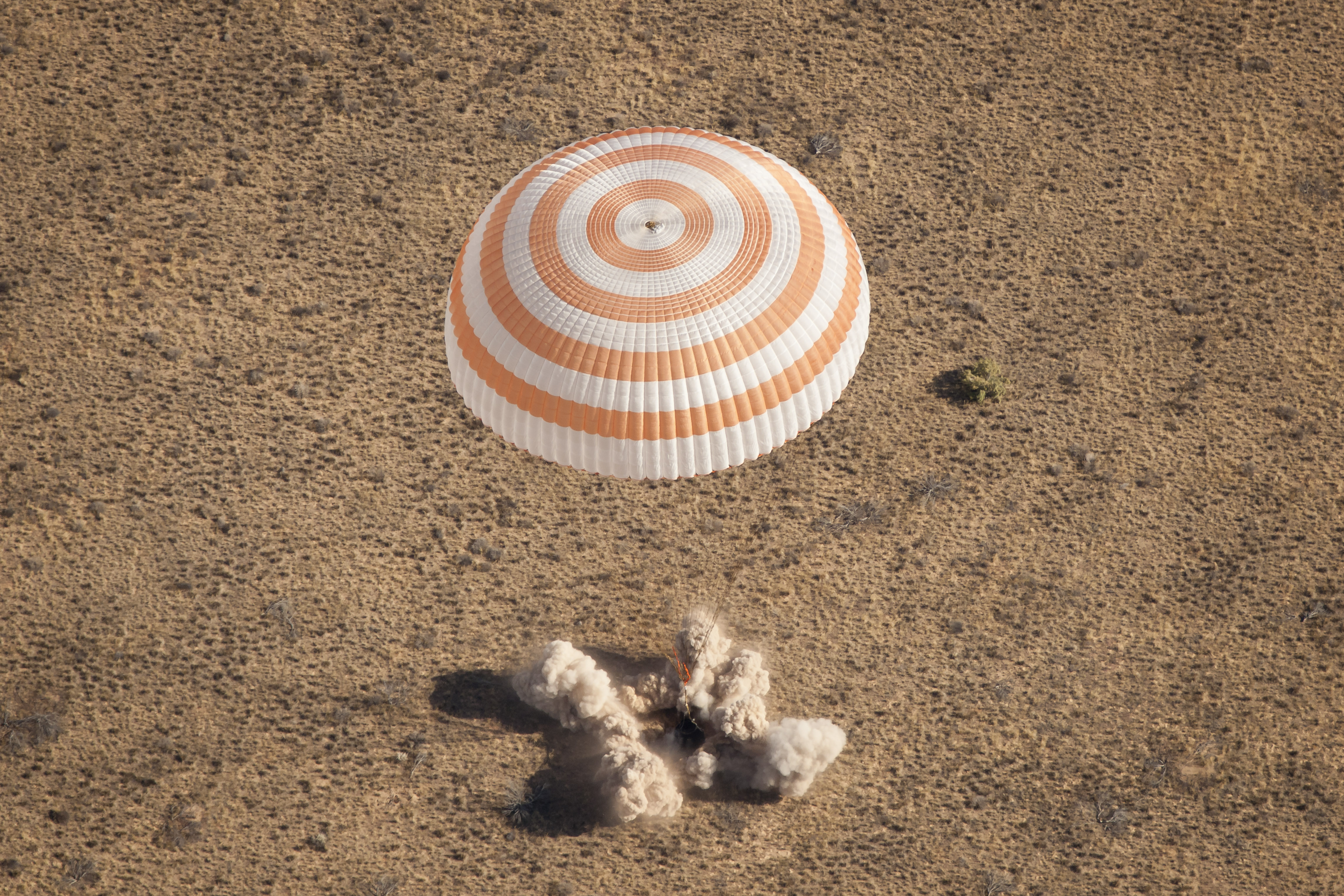 Try to find the date or year when this image was made.
Thanks for contributing!
The Soyuz TMA-21 spacecraft is seen as it lands with Expedition 28 Commander Andrey Borisenko, and Flight Engineers Ron Garan, and Alexander Samokutyaev in a remote area outside of the town of Zhezkazgan, Kazakhstan, at 11:59 pm on Thursday, September 15, 2011. (Friday September 16 at the landing location). NASA Astronaut Garan, Russian Cosmonauts Borisenko and Samokutyaev returned from more than five months onboard the International Space Station where they served as members of the Expedition 27 and 28 crews. Photo Credit: (NASA/Bill Ingalls)