Telegram from RMS Titanic we have struck iceberg 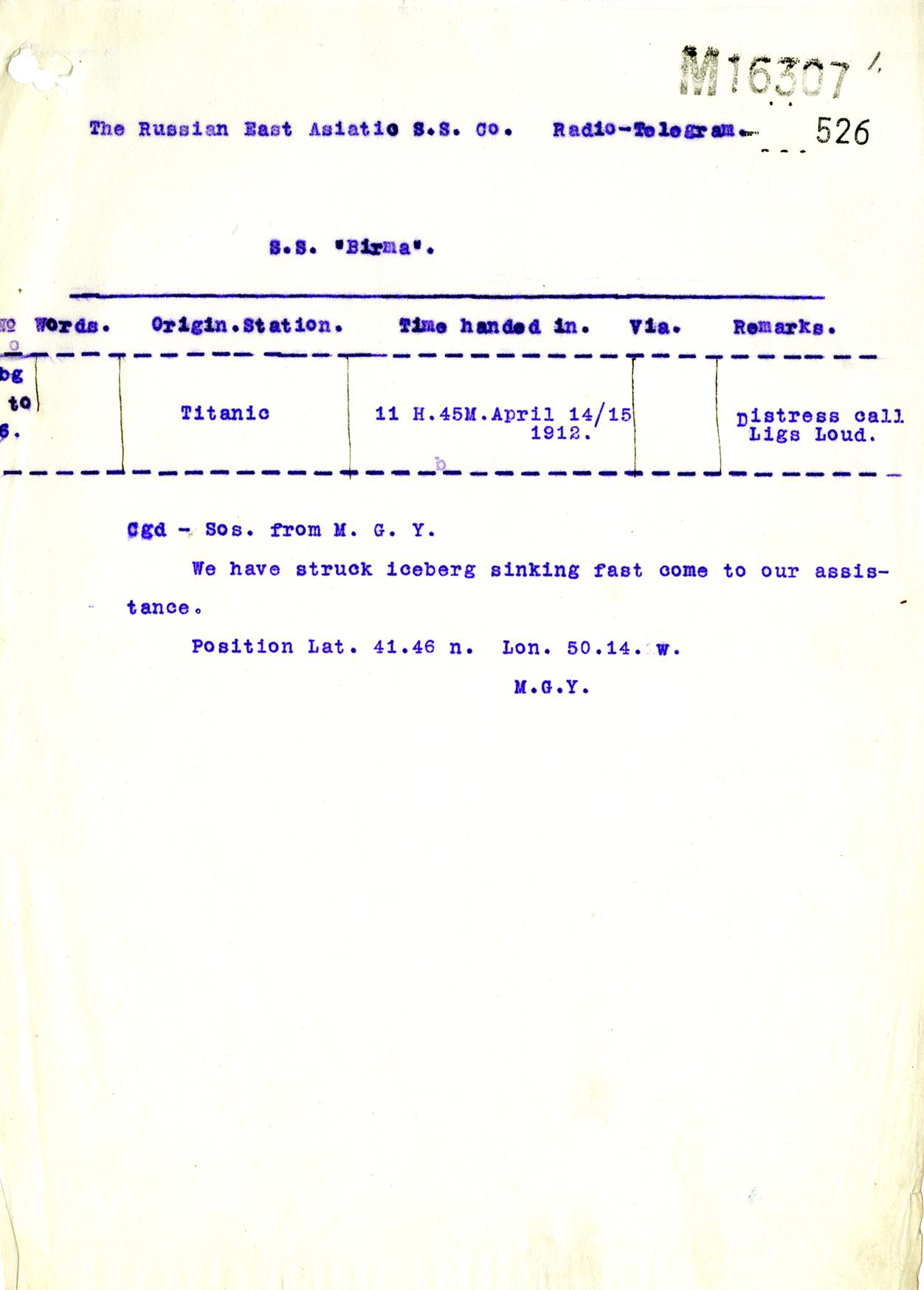 Try to find the date or year when this image was made.
Thanks for contributing!
On the evening of 14 April 1912, the steamship Titanic hit an iceberg in the north Atlantic and sank. This document is a record of an SOS telegram sent out by the ship, appealing for any nearby vessels to come to the aid of over 2000 passengers and crew on board. Sadly, the Birma could not reach the Titanic until six hours after the message was received, with at least two further distress calls reaching their ship describing the urgent need for aid. Only 705 passengers and crew survived. The National Archives holds documents of the subsequent enquiry into the disaster.