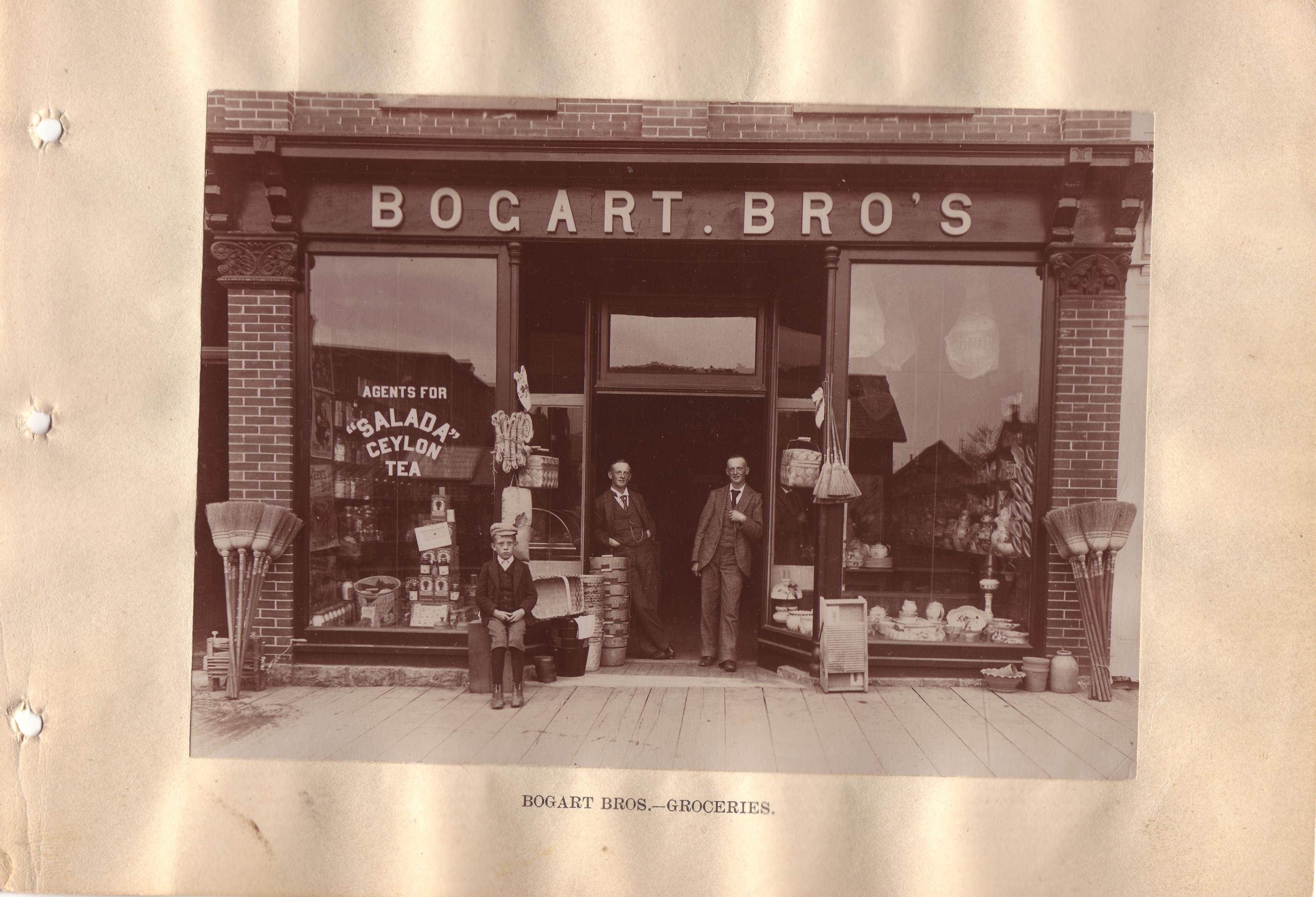 Try to find the date or year when this image was made.
Thanks for contributing!
The store front of the Bogart Brothers' grocery store on the west side of St. George Street, Deseronto. Taken from a book of photographs published by H.A. Osborne, c.1895, called Deseronto Illustrated.