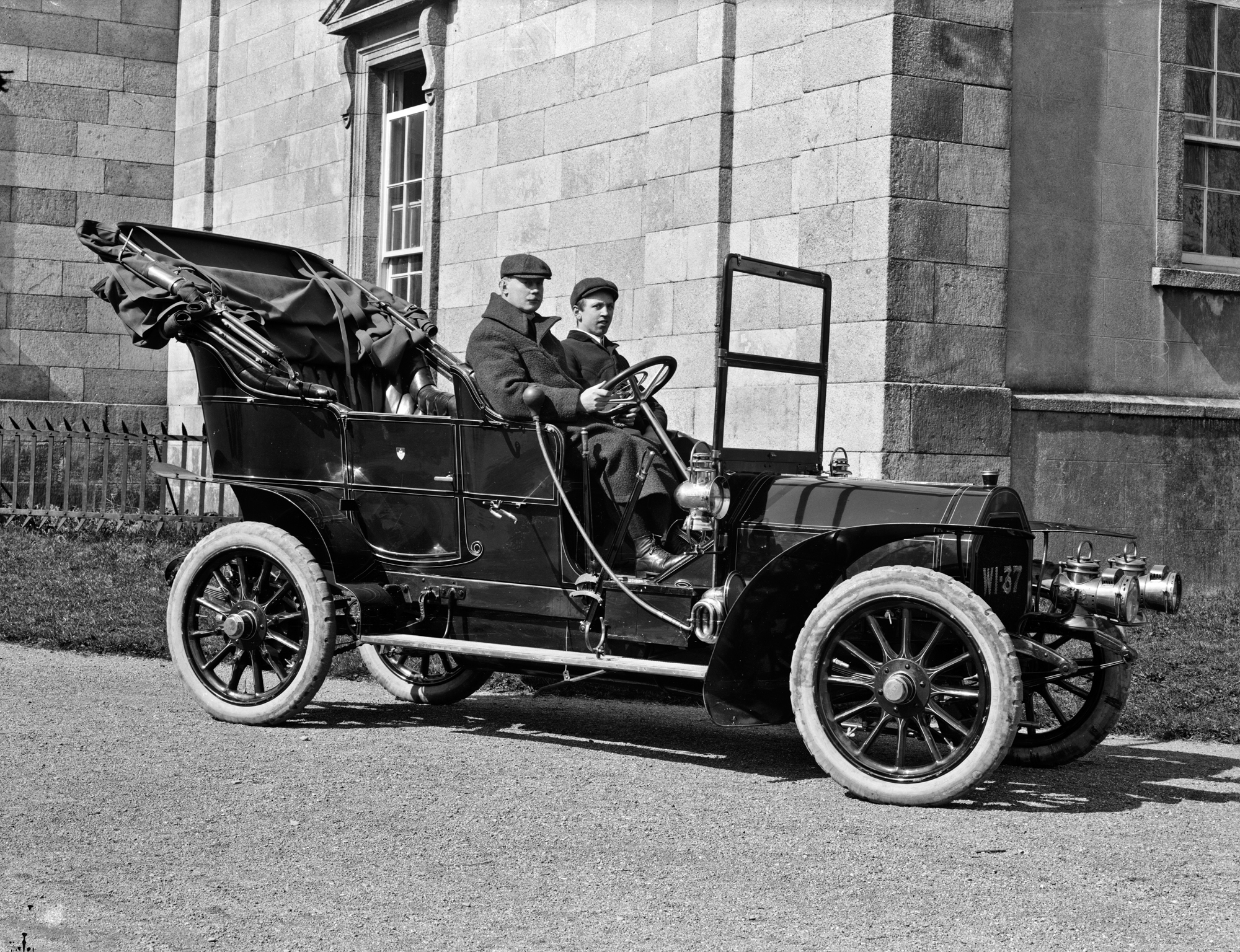 Try to find the date or year when this image was made.
Thanks for contributing!
The proud owner of a motor car with family insists on having the moment he takes possession recorded for posterity(?) If so, this experience would probably be marked with a series of "selfies" today. I wonder who Mr. Peare was, and what make was that new fangled motoring car?

And so the first thing we learned today is that this is not the buyer, but the seller of the car. Mr Peare (in the driving seat) was the owner of what Niall McAuley and ofarrl have told us was the first motor garage in Ireland, opened in 1900. The second thing learned was the location, which beachcomberaustralia tells us is the courthouse in Waterford - Poole's "go to" spot for outdoor commissions. The third lesson was on the Gladiator motorcar - very likely the then new 10 horse-power tonneau model. Finally, with inputs from Niall, Carol Maddock, and Dún Laoghaire Micheál we understand that the car was bought by Raymond de la Poer (whose family had an estate, greenhouses and the staff to manage it, 6 miles outside the city). Micheál's grand-uncle may even have driven the car - as one-time motorman and chauefuer to the estate.....