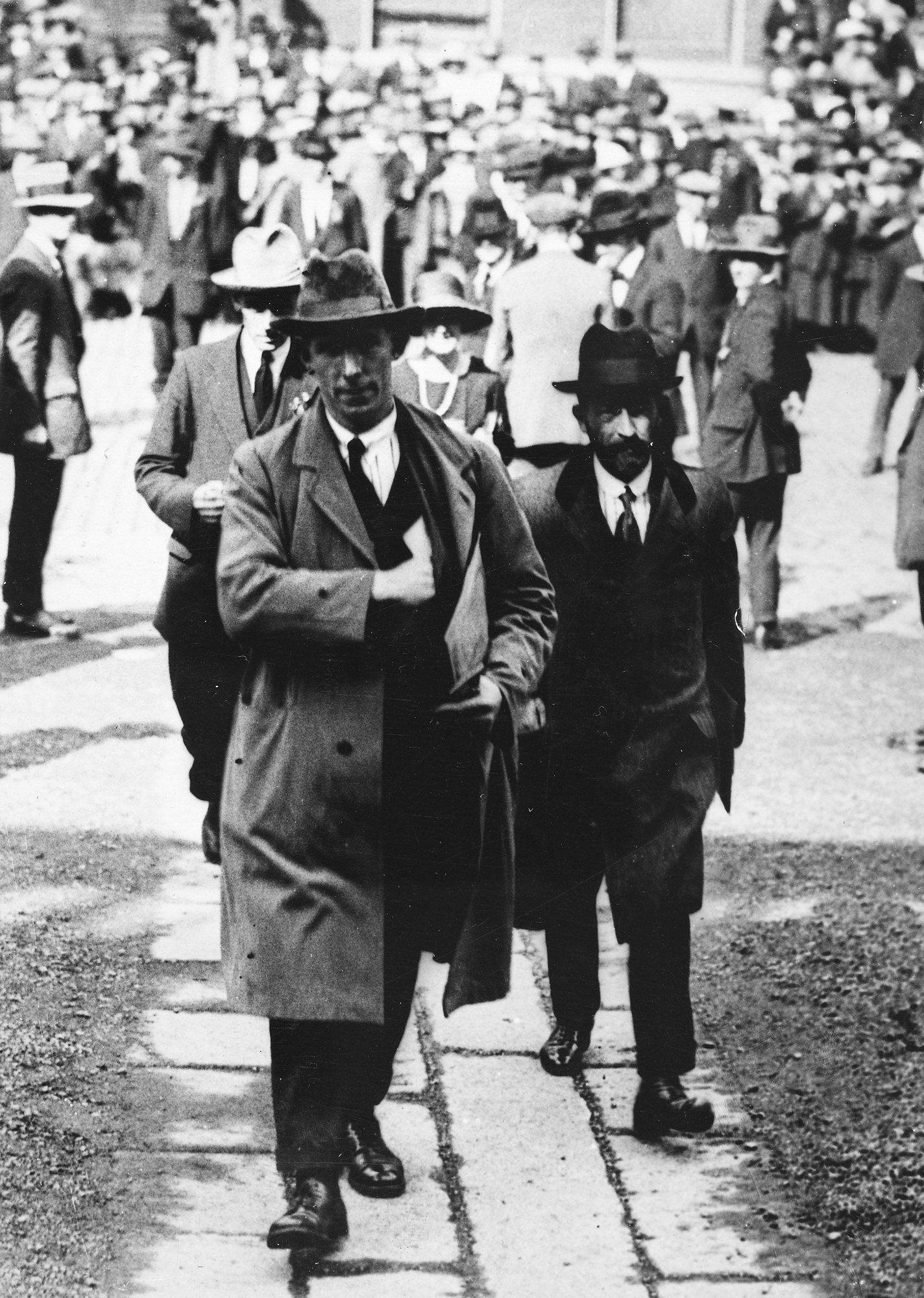 Try to find the date or year when this image was made.
Thanks for contributing!
We are staying with the Irish Political Figures Photographic Collection today and for the rest of this week. The title from our catalogue is extremely vague to say the least, and the underlying description "Unidentified men at an unidentified outdoor location" does not help to extricate us from the vagueness. As always I am confident that you will remedy the situation forthwith....

And very quickly, O Mac assisted with the 'vagueness' of the location - confirming that it isn't Downing Street in London, but Dawson Street in Dublin. On the date, while possibly not "treaty negotiations" (mid Jul to Dec 1921), these could be representatives ariving for "truce negotiations" (early Jul 1921). Or perhaps a Dáil meeting (late Aug 1921 or into 1922).

While there were some suggestions that the two main subjects were Seán Mac Eoin and Domhnall ua Buachalla, Flickr users Nydialy and Niall McAuley combined to confirm that this they are Seán Mac Eoin and Sean Mac Guinness. In fact, it seems, we have a copy of this image - which confirms as much, and also reconfirms the location and refines the date to 17 August 1921....