Gemini X astronauts prepare to board the spacecraft for launch 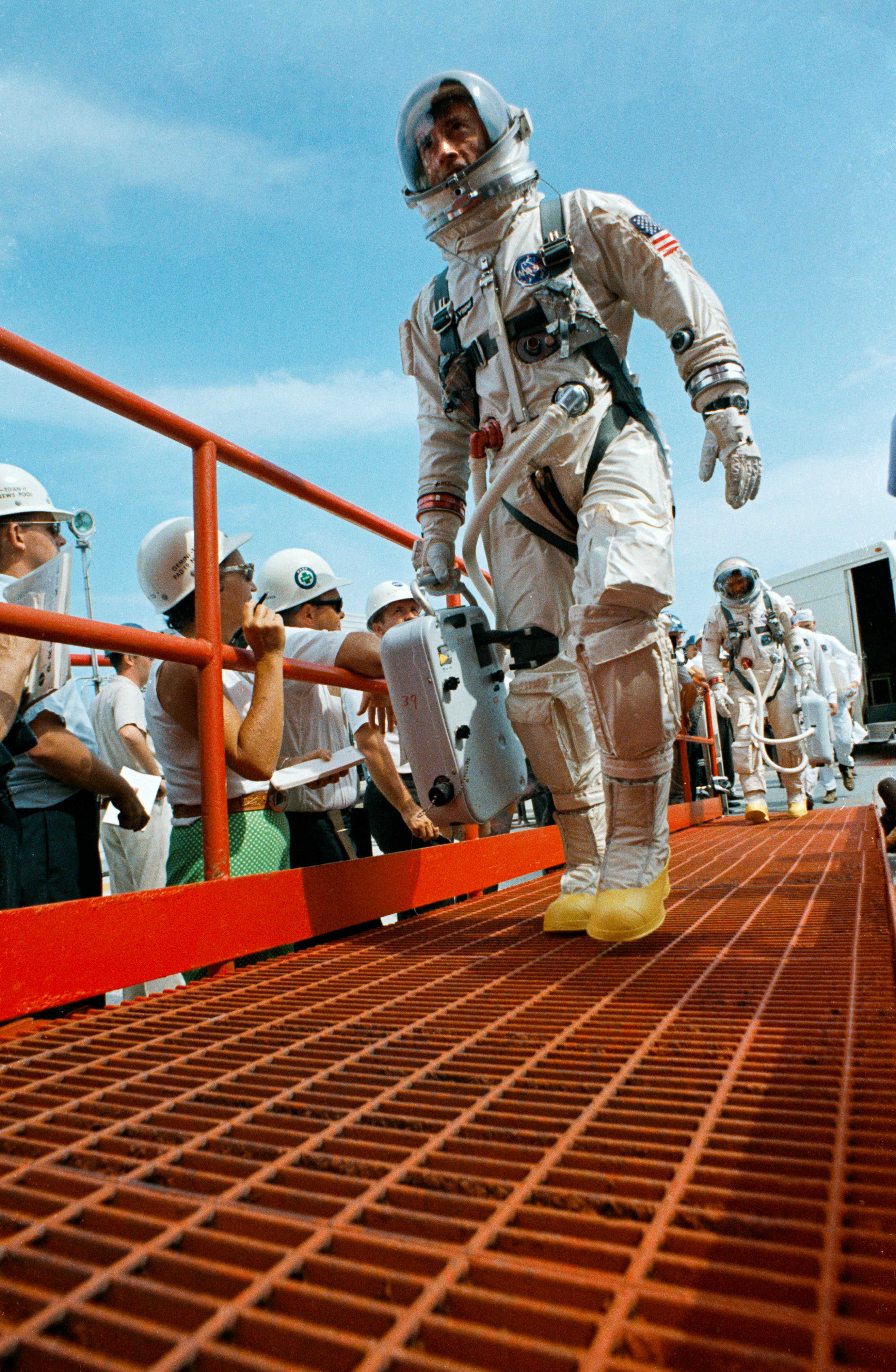 Try to find the date or year when this image was made.
Thanks for contributing!
Gemini X astronauts John Young (leading), Command Pilot, and Michael Collins, Pilot, walk up the ramp at Pad 19 after arriving from the Launch Complex 16 suiting trailer during the pre-launch countdown. Moments later they entered the elevator which took them to the white room and the waiting Gemini X spacecraft. Liftoff was at 5:20 p.m. (EST), July 18, 1966.