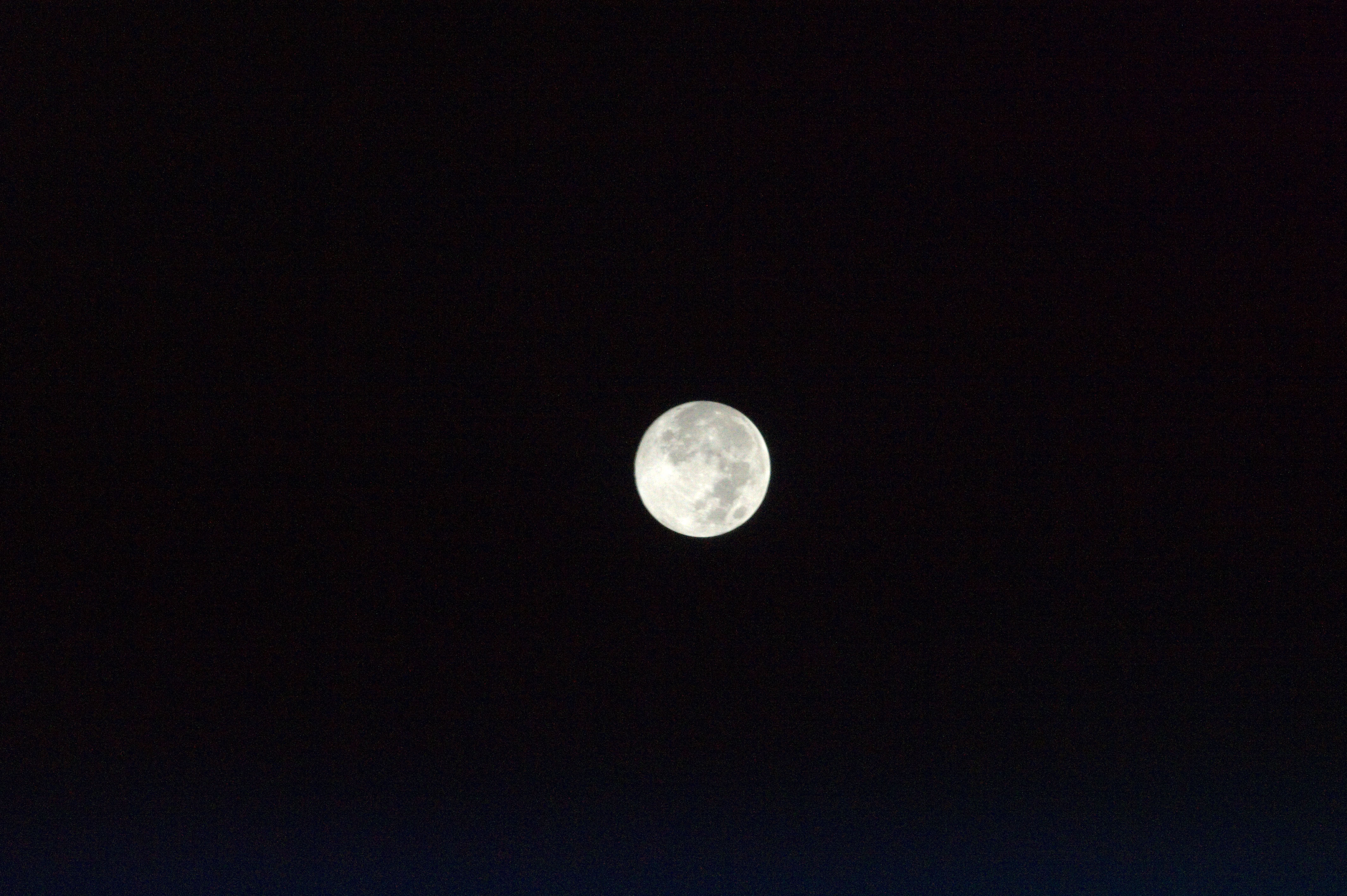 Try to find the date or year when this image was made.
Thanks for contributing!
An Expedition 32 crew member aboard the Earth orbiting International Space Station caught this undistorted photo of the moon on the same day - August 1st, 2012 - that photos were taken of a distorted moon due to the atmosphere of Earth.