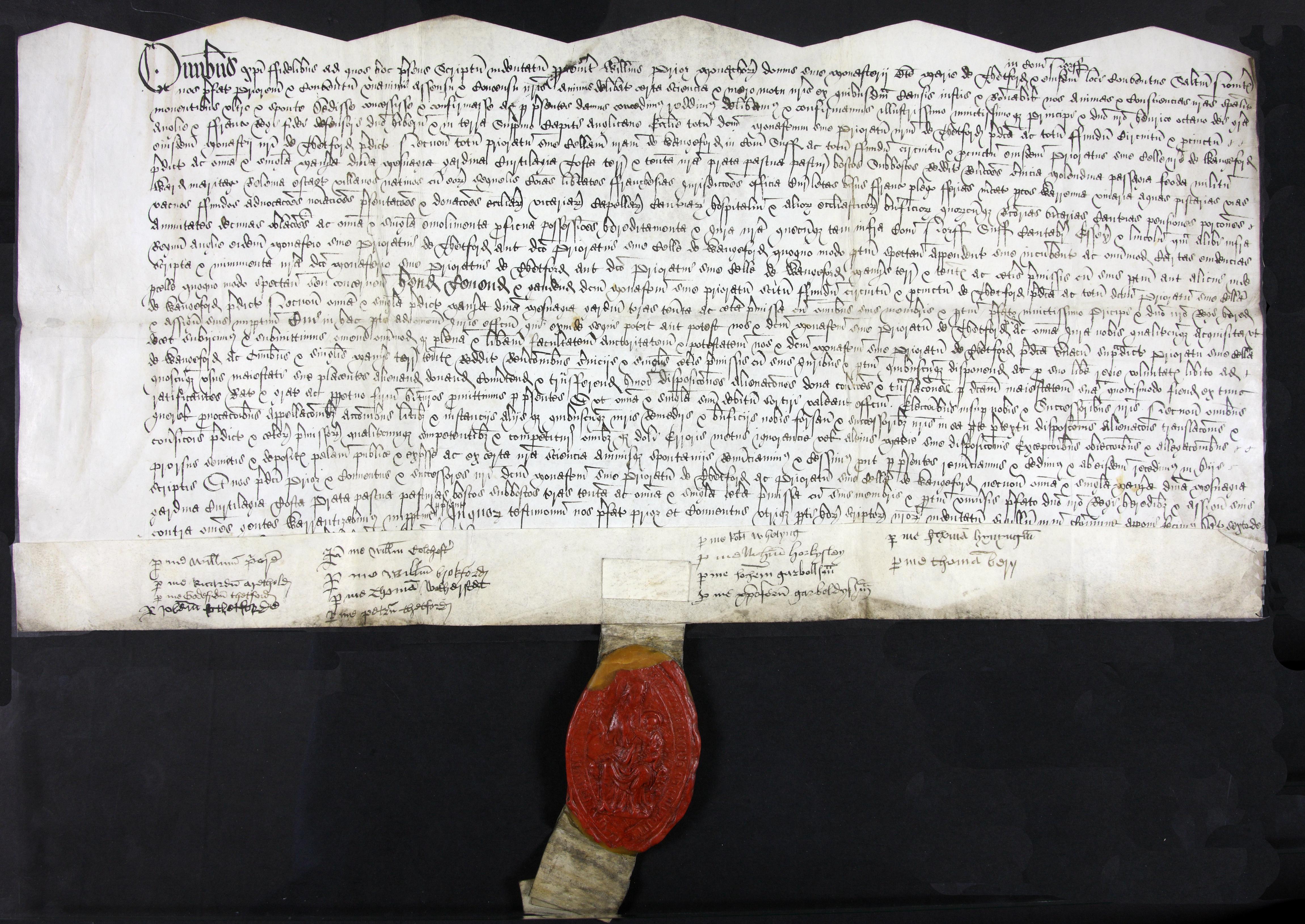 Try to find the date or year when this image was made.
Thanks for contributing!
Over the course of the Dissolution of the Monasteries, England and Wales changed beyond recognition. Over 800 religious houses were closed, their lands given to private owners and many monks and friars who resisted were executed. At a time where one in five men had taken religious orders, this was a major upheaval of everyday life for the whole population. Even Thetford Priory in Norfolk, where Henry VIII’s own illegitimate son Henry FitzRoy had been buried four years previously, could not escape the dissolution becoming one of the last religious houses to close in February 1540. This deed, signed by the monks of the house, shows the priory’s seal depicting the Virgin Mary to whom the priory was dedicated.