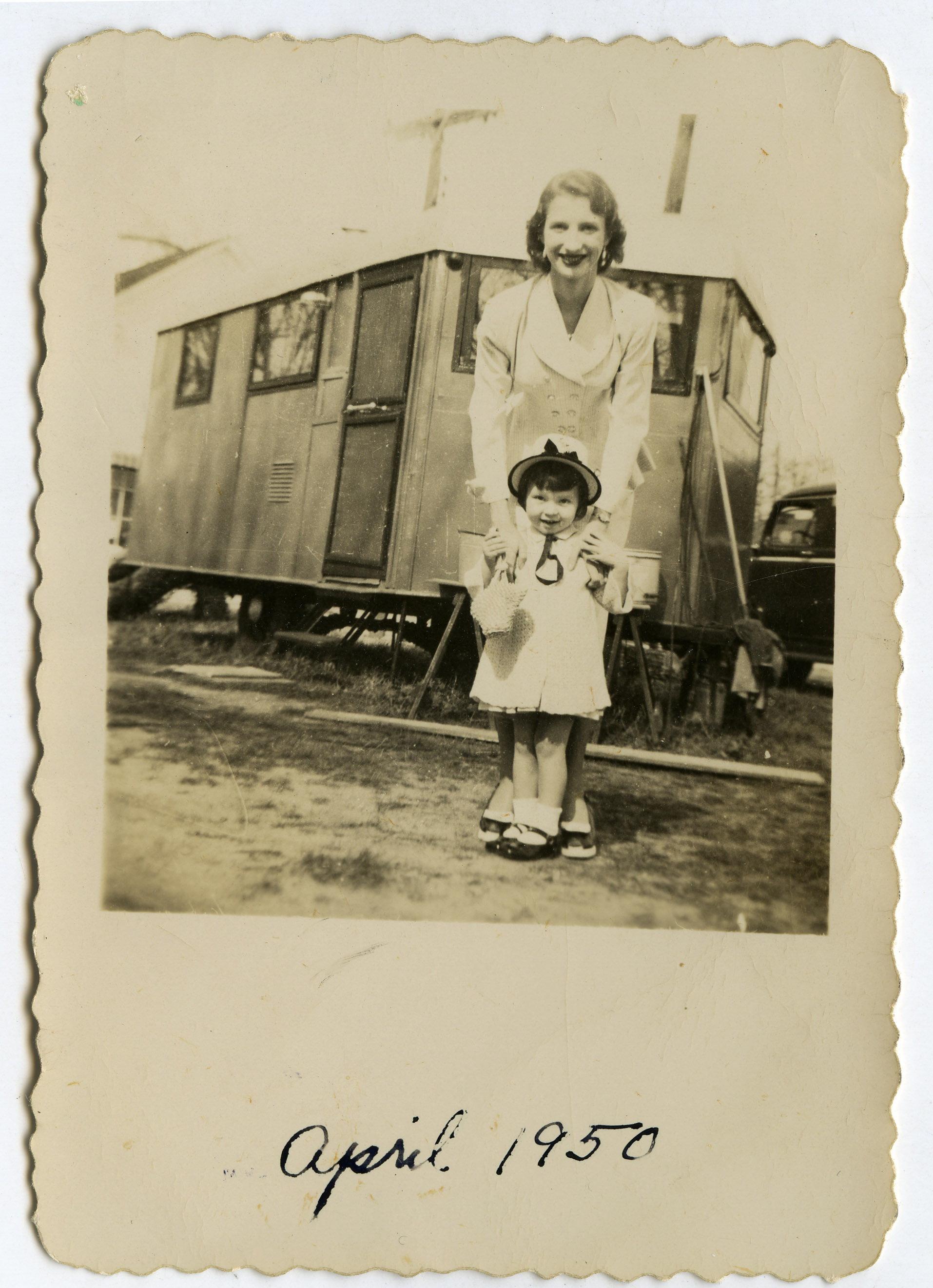 Try to find the date or year when this image was made.
Thanks for contributing!
From Private Collection, PC.2175. Rusty Williams Tent Show Collection. William Exer (Rusty) Williams (1897-1973), native of Durham, N.C., was a comedian who worked initially in minstrels, then in the vaudeville circuit from the 1910s to 1950. From his teen years he worked in tent and traveling shows of some of the major vaudeville stages of his day. Rusty met his wife to be while on the road in Pennsylvania and the show needed a substitute piano player. She was Dorothy (Dottie) Hurrey when she filled in and wowed the audience along with Rusty. Later, the couple had two daughters, Wilma and Billie, who were taught early by their parents to tap dance and sing and became part of the show. In the 1930s Rusty formed his own tent show that toured primarily in North Carolina. He hauled the tents from booking to booking, setting up in empty lots in small towns. Dottie made the costumes, while Rusty was on stage in clown and blackface skits, the girls tap danced between reels of old movies, and Dottie played the piano for them all. Wherever the family performed, the girls entered school for a brief time, somehow keeping up with their classmates, even outpacing them. At one time they held a world record for the number of schools attended.