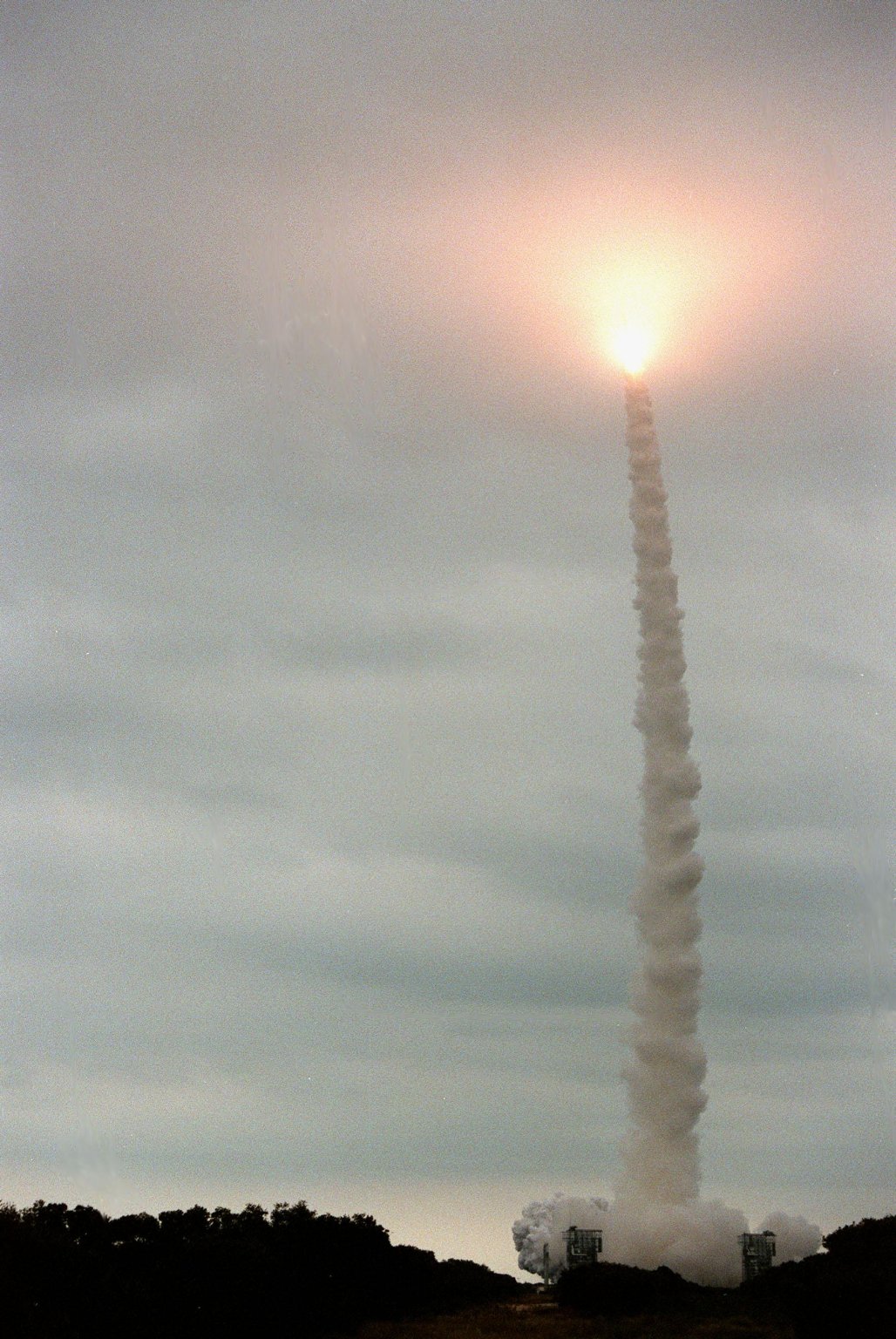 Try to find the date or year when this image was made.
Thanks for contributing!
Description: KENNEDY SPACE CENTER, FLA. -- Looking like a Roman candle, the exhaust from the Boeing Delta II rocket with the Mars Polar Lander aboard lights up the clouds as it hurtles skyward. The rocket was launched at 3:21:10 p.m. EST from Launch Complex 17B, Cape Canaveral Air Station. The lander was a solar-powered spacecraft designed to touch down on the Martian surface near the northern-most boundary of the south polar cap, which consists of carbon dioxide ice. The lander was going to study the polar water cycle, frosts, water vapor, condensates and dust in the Martian atmosphere. Unfortunately, after Mars Polar Lander executed the landing sequence on Mars on December 3, 1999, it failed to resume communication. Analysis of the mission suggests that the jolt of deployment of the landing legs was mistaken by the probe as touchdown on the surface. This would have led to the shutdown of the landing rockets and a 40 meter drop to the surface that disabled Mars Polar Lander.