Ploughing the rocks of bawn 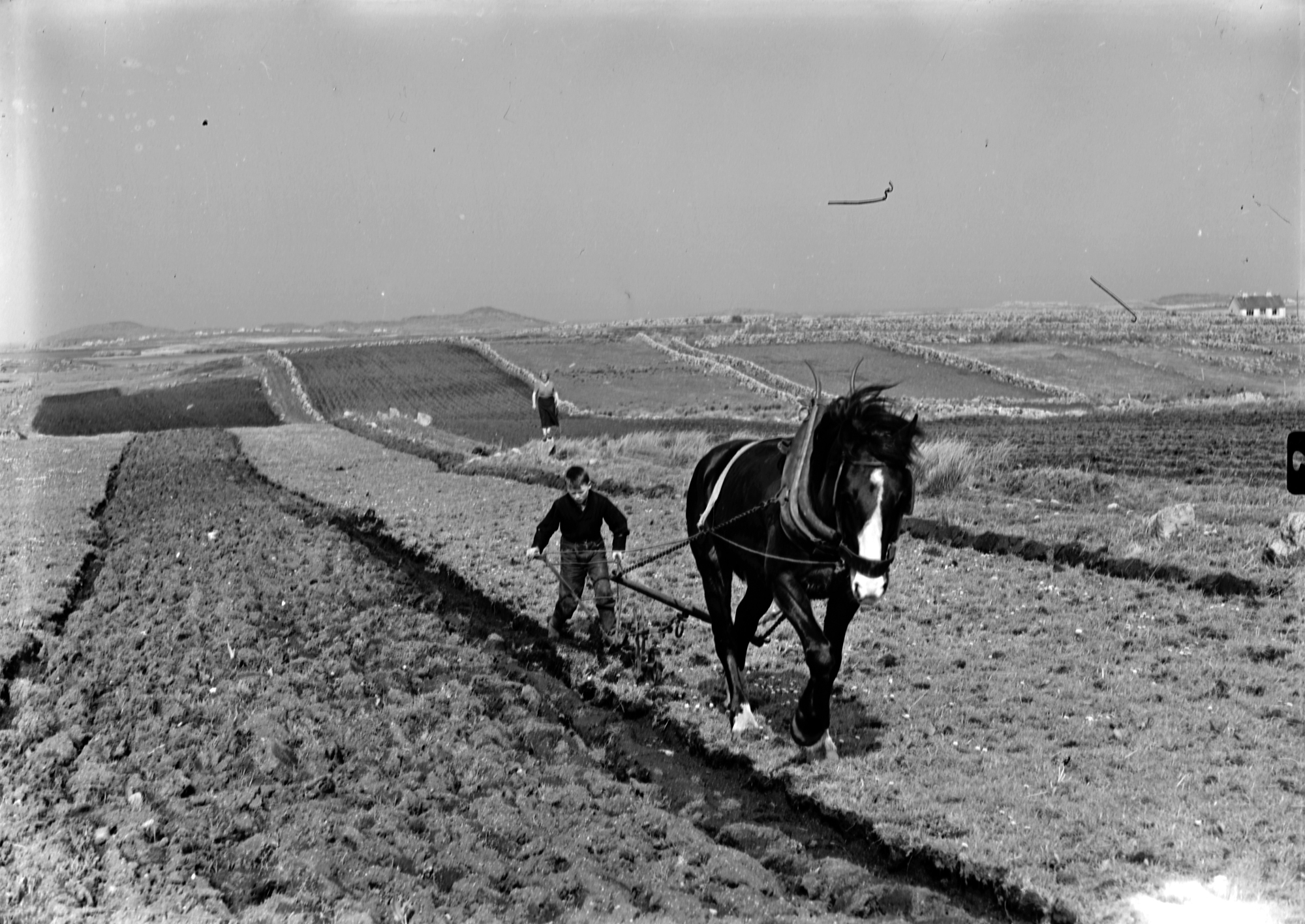 Try to find the date or year when this image was made.
Thanks for contributing!
A stunning shot from the lens of Mr. Tynan taken somewhere in Donegal back in the 1950's or '60's. A horse drawn plough being driven down a long and straight furrow. Interestingly the ploughman is in fact a "ploughboy" as he appears to be little more than a teenager! Behind the boy and horses stands a woman, the mother (?) down to watch the photographer take the shot of her son!
The title is taken from a traditional Irish song "To plough the rocks of bawn"! Below I have included the first verse for your delectation.

Rocks of Bawn.
Come all ye loyal heroes and listen on to me.
Don't hire with any farmer till you know what your work will be
You will rise up early in the morning from the clear day light till the dawn
and you never will be able for to plough the Rocks of Bawn.