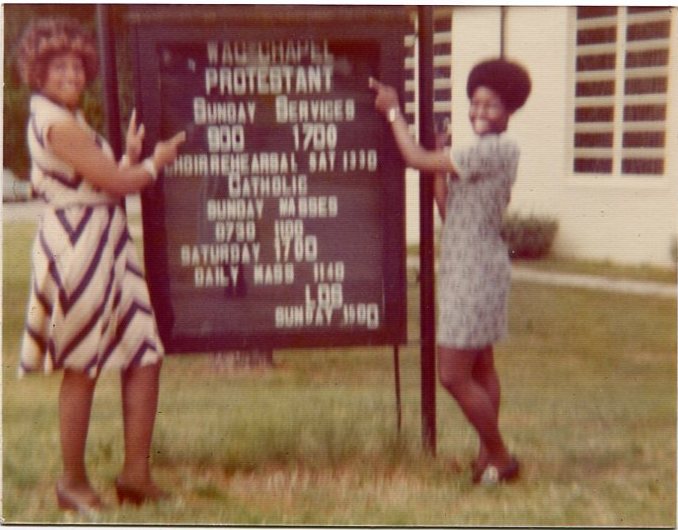 Try to find the date or year when this image was made.
Thanks for contributing!
Blurry photograph of two unidentified U.S. Women’s Army Corps officers, wearing civilian clothes, standing outside of the WAC Protestant Church at Fort McClellan, Alabama, pointing at the sign on a Sunday while they were attending the service there. The two women are believed to have been attending the WAC Officer Orientation Candidate Training Course there in the summer of 1976 with 2nd Lt. Bennis M. Blue [circa 1976].