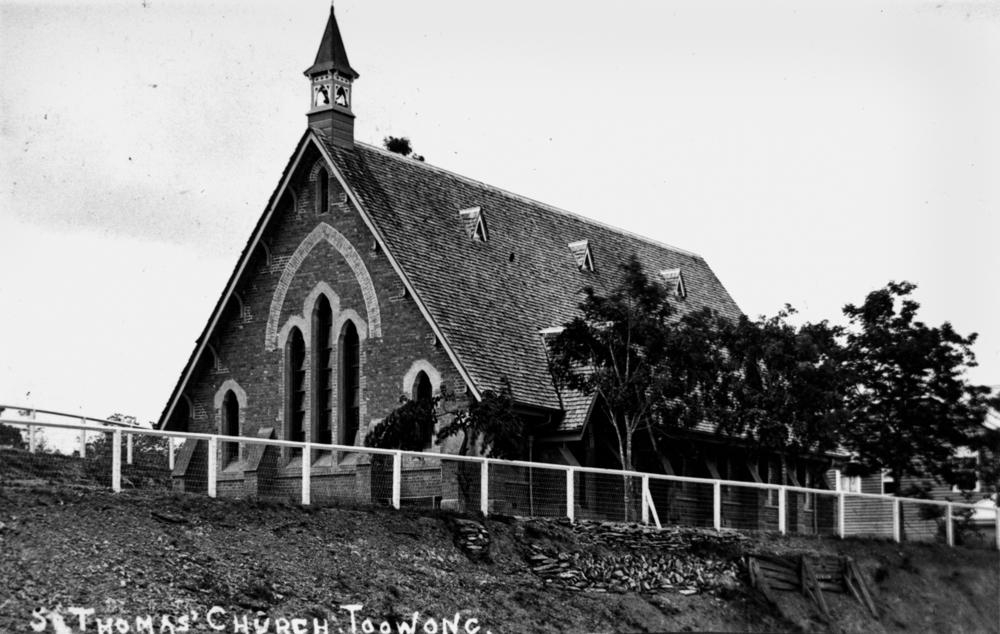 Try to find the date or year when this image was made.
Thanks for contributing!
Photographer: Unidentified

Description: St Thomas' Church of England was constructed in 1877 replacing a 1865 timber building on another site. The church was designed by parishioner and prominent Brisbane architect, F.D.G. Stanley, and has had two major additions. The first addition was in 1886 when the nave was extended, and the second addition was in 1947 when transepts and a chancel were added. The foundation stone was laid by Bishop Hale on 17 February 1877. The contractor was Henry Pears and the building cost 850 pounds. An official opening ceremony in the form of a service was held on 13 October 1877.

The church is situated on a prominent triangular site at the corner of High and Jephson Streets and is a fine example of nineteenth century church architecture with an early English Gothic style. Features of the building include the dominant steeply pitched gabled roof, gabled porches, bi-chrome brickwork and lancet window openings, many of which were filled with stained and coloured glass in the twentieth century.

View this image at the State Library of Queensland: hdl.handle.net/10462/deriv/79710