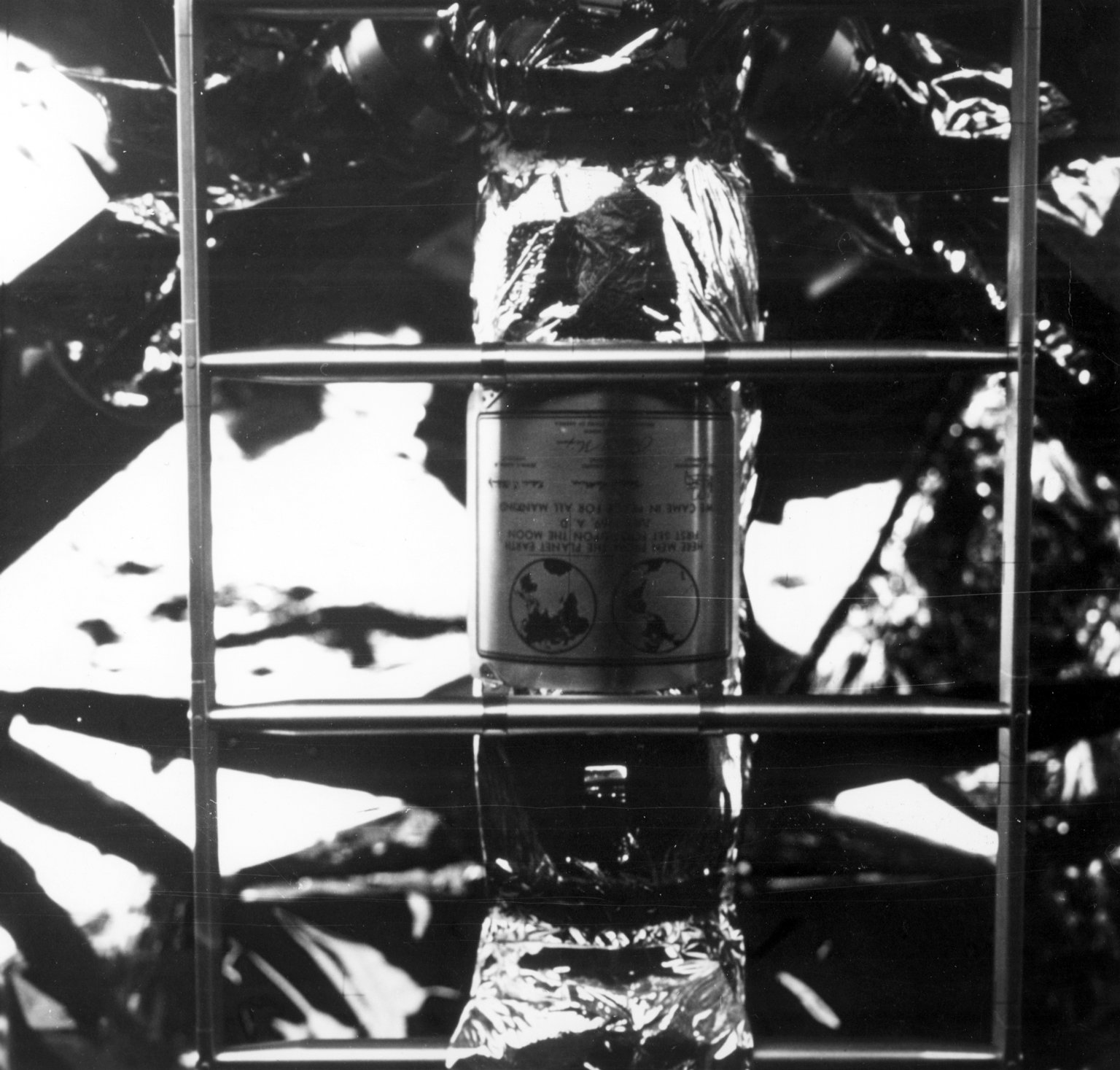 Try to find the date or year when this image was made.
Thanks for contributing!
Full Description: Millions of people on Earth watched via television as a message for all mankind was delivered to the Mare Tranquilitatis (Sea of Tranquility) region of the Moon during the historic Apollo 11 mission, where it still remains today. This commemorative plaque, attached to the leg of the Lunar Module (LM), Eagle, is engraved with the following words: "Here men from the planet Earth first set foot upon the Moon July, 1969 A.D. We came in peace for all of mankind." It bears the signatures of the Apollo 11 astronauts Neil A. Armstrong, commander; Michael Collins, Command Module (CM) pilot; and Edwin E. Aldrin, Jr., Lunar Module (LM) pilot along with the signature of the U.S. President Richard M. Nixon. The Apollo 11 mission launched from the Kennedy Space Center (KSC) in Florida via the Marshall Space Flight Center (MSFC) developed Saturn V launch vehicle on July 16, 1969 and safely returned to Earth on July 24, 1969. The CM, "Columbia", piloted by Collins, remained in a parking orbit around the Moon while the LM, "Eagle", carrying astronauts Armstrong and Aldrin, landed on the Moon. On July 20, 1969, Armstrong was the first human to ever stand on the lunar surface, followed by Aldrin. During 2½ hours of surface exploration, the crew collected 47 pounds of lunar surface material for analysis back on Earth. With the success of Apollo 11, the national objective to land men on the Moon and return them safely to Earth had been accomplished.

Owner: NASA on The Commons
Source: Flickr Commons
Views: 68889
b