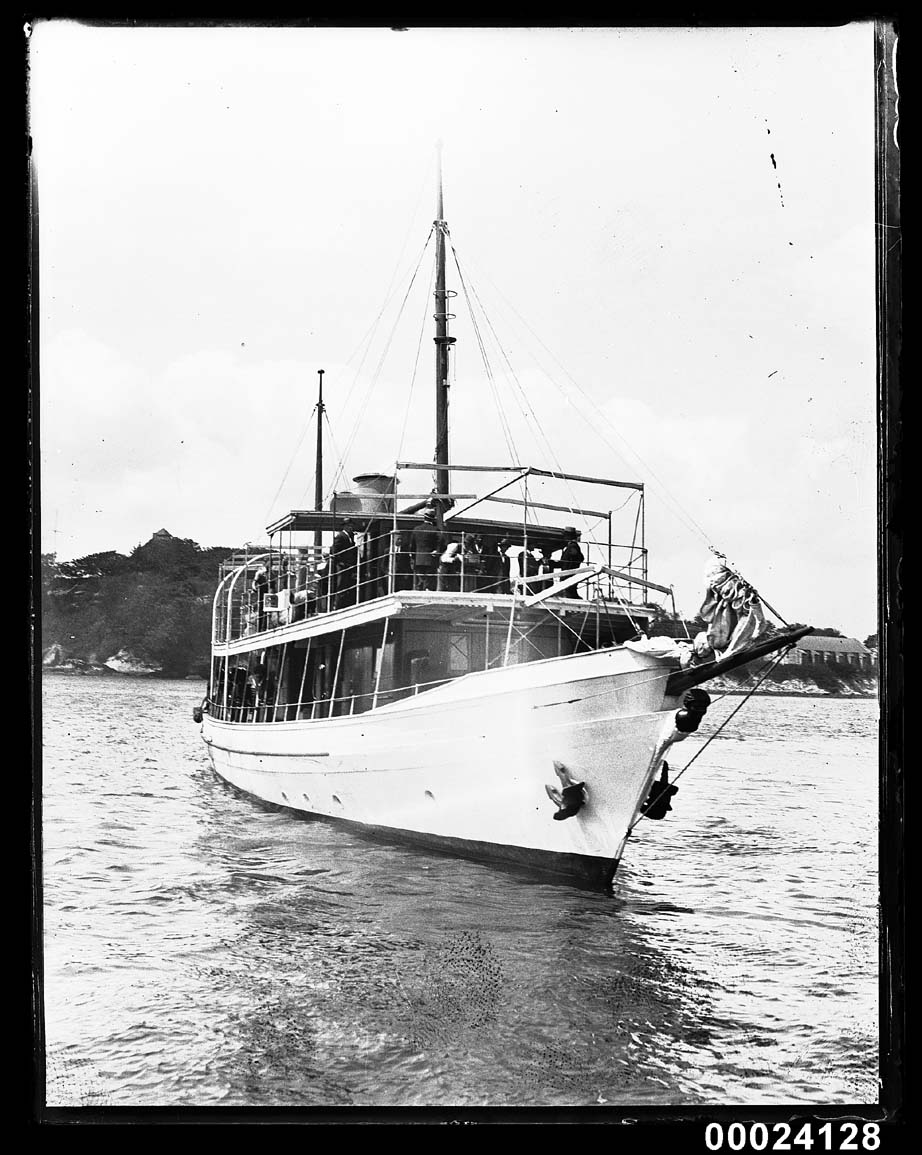 Try to find the date or year when this image was made.
Thanks for contributing!
Motor ship LAURABADA (meaning 'south-east wind' in Papuan) in Sydney Harbour during trials. The ship was used as an inspection vessel in Port Moresby for the Lieutentant-Governor of Papua New Guinea.

This photo is part of the Australian National Maritime Museum’s Samuel J. Hood Studio Collection. Sam Hood (1870-1956) was a Sydney photographer with a passion for ships. His 72-year career spanned the romantic age of sail and two world wars. The photos in the collection were taken mainly in Sydney and Newcastle during the first half of the 20th century.