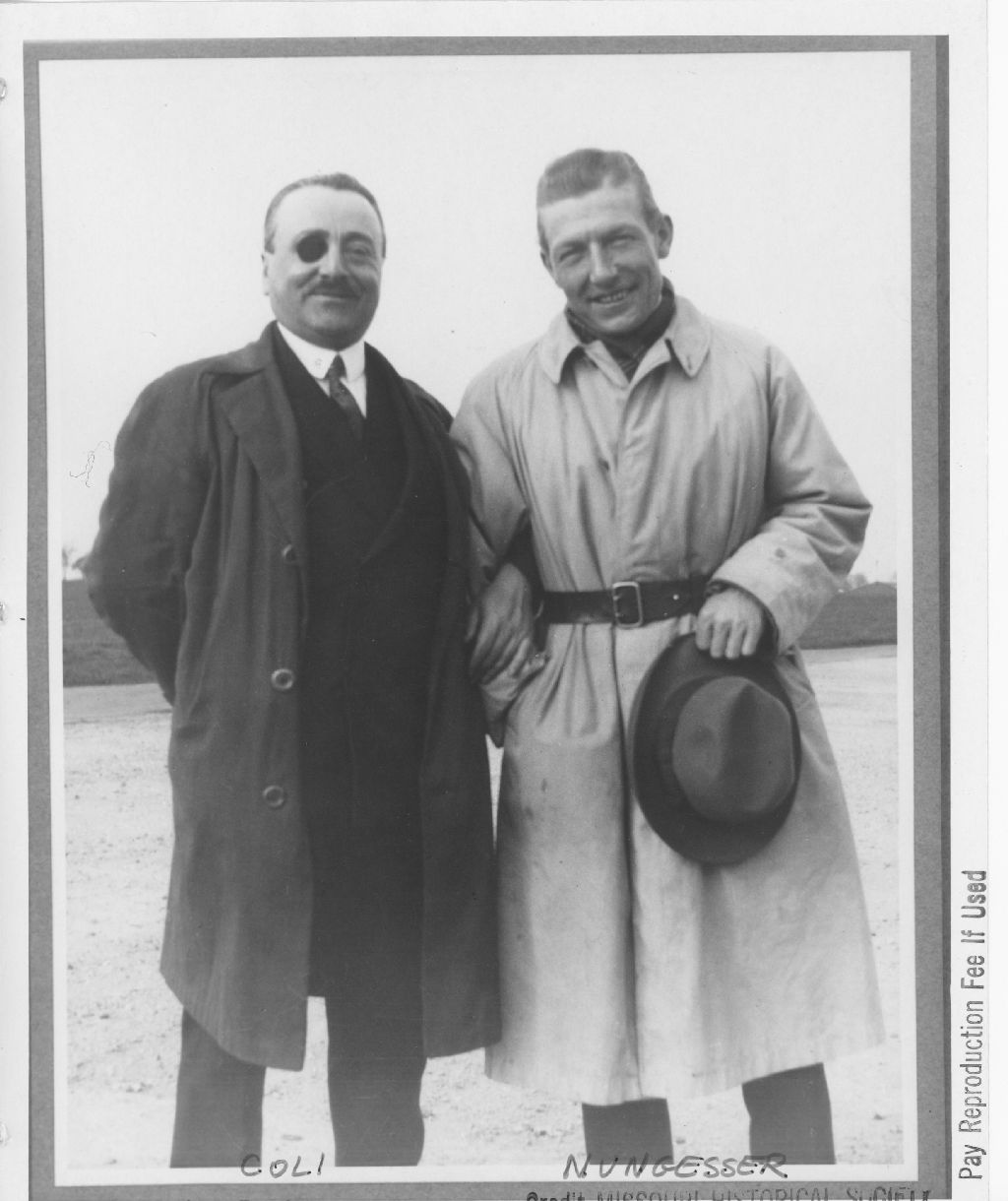 Try to find the date or year when this image was made.
Thanks for contributing!
François Coli and French Air Service Lieutenant Charles Eugene Jules Marie Nungesser. On 8 May 1927, they left LeBourget Field near Paris on an historic nonstop flight to New York in a biplane called l'Oiseau Blanc (the White Bird). They were never seen again. Following an exhaustive investigation, the French government published a report in 1984 which concluded that Nungesser probably reached North America.