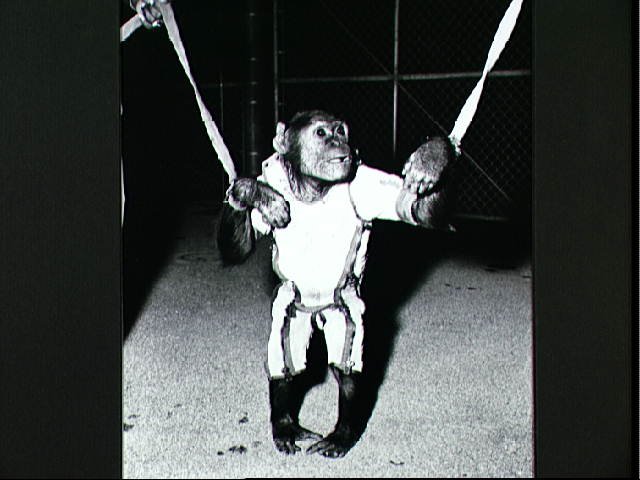 Try to find the date or year when this image was made.
Thanks for contributing!
Description: Chimpanzee Enos pictured wearing a space suit and wrist tethers.

Enos became the first chimp to orbit the earth on November 29, 1961, aboard a Mercury Atlas rocket. Although the mission plan originally called for three orbits, due to a malfunctioning thruster and other technical difficulties, flight controllers were forced to terminate Enos' flight after two orbits. Enos landed in the recovery area and was picked up 75 minutes after splashdown. He was found to be in good overall condition and both he and the Mercury spacecraft performed well. His mission concluded the testing for a human orbital flight, achieved by John Glenn on February 20, 1962. Enos died at Holloman Air Force Base of a non-space related case of dysentery 11 months after his flight.

For more information about Enos and other animals who have made the journey into space, visit: history.nasa.gov/animals.html