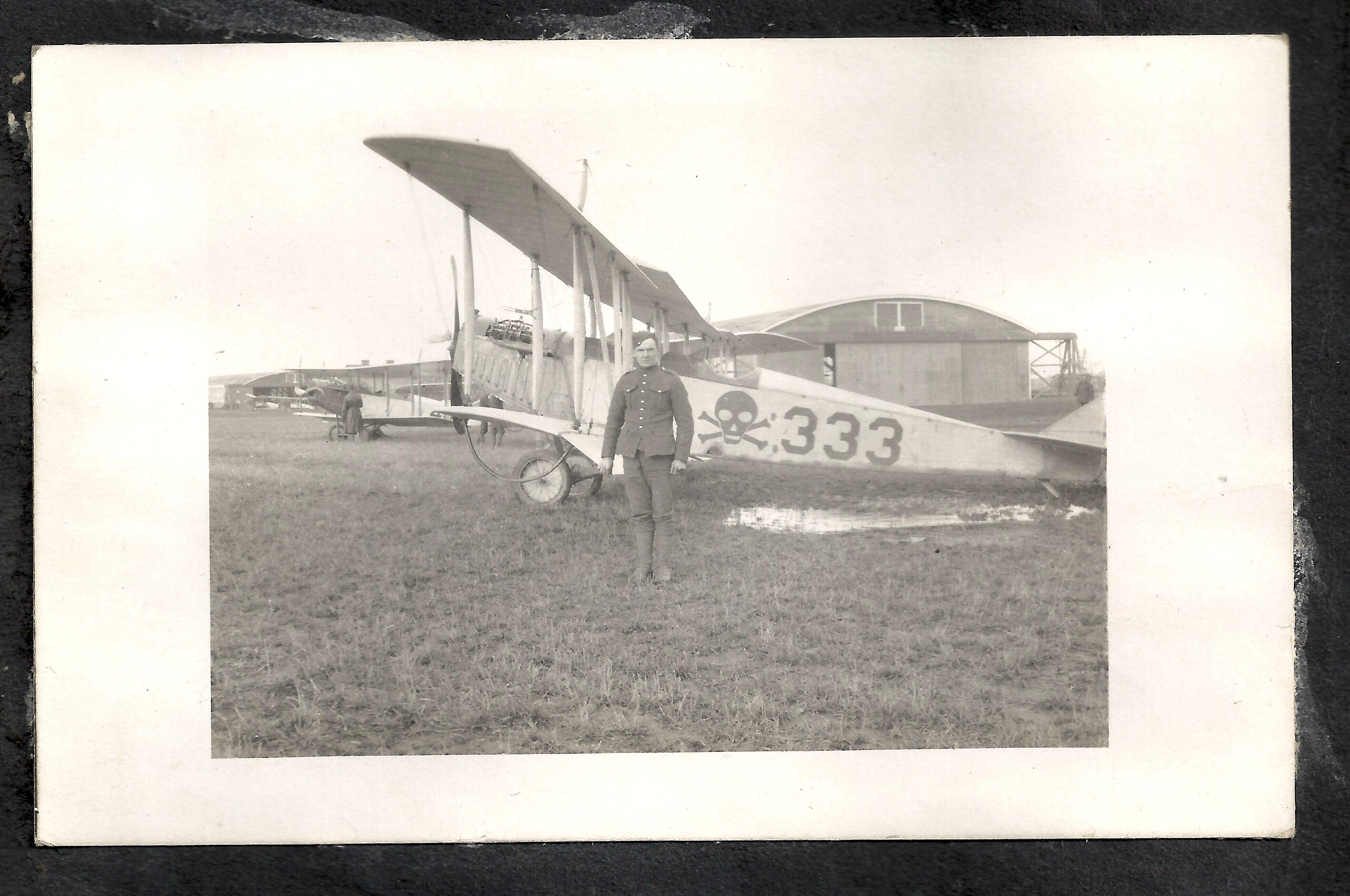 Try to find the date or year when this image was made.
Thanks for contributing!
Unidentified airman in uniform standing beside a Curtiss JN-4 aircraft in front of a hangar building. The aircraft insignia depicts a skull-and-crossbones (the symbol used by 90 C.T.S., based at Camp Rathbun, one of the Royal Flying Corps' pilot training camps near Deseronto) and the number 333.

One of a set of photographs taken in Deseronto, Ontario, during the First World War which came into the possession of the Stapley family and which were donated to Deseronto Archives in February 2013.