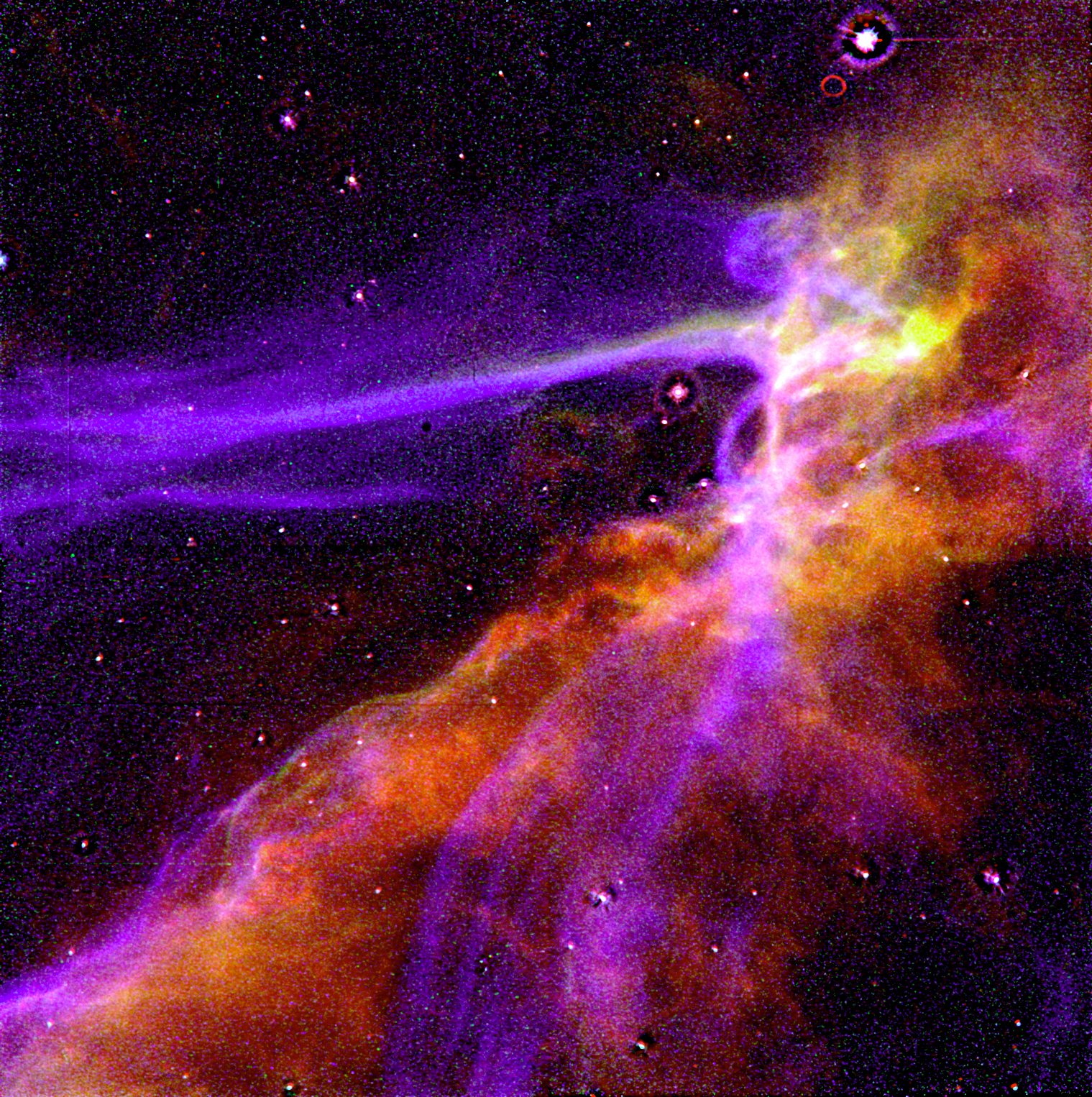 Try to find the date or year when this image was made.
Thanks for contributing!
This is an image of a small portion of the Cygnus Loop supernova remnant, which marks the edge of a bubble-like, expanding blast wave from a colossal stellar explosion, occurring about 15,000 years ago. The Hubble Space Telescope (HST) image shows the structure behind the shock waves, allowing astronomers for the first time to directly compare the actual structure of the shock with theoretical model calculations. Besides supernova remnants, these shock models are important in understanding a wide range of astrophysical phenomena, from winds in newly-formed stars to cataclysmic stellar outbursts. The supernova blast is slamming into tenuous clouds of insterstellar gas. This collision heats and compresses the gas, causing it to glow. The shock thus acts as a searchlight revealing the structure of the interstellar medium. The detailed HST image shows the blast wave overrunning dense clumps of gas, which despite HST's high resolution, cannot be resolved. This means that the clumps of gas must be small enough to fit inside our solar system, making them relatively small structures by interstellar standards.

A bluish ribbon of light stretching left to right across the picture might be a knot of gas ejected by the supernova; this interstellar "bullet" traveling over three million miles per hour (5 million kilometers per hour) is just catching up with the shock front, which has slowed down by ploughing into interstellar material. The Cygnus Loop appears as a faint ring of glowing gases about three degrees across (six times the diameter of the full Moon), located in the northern constellation, Cygnus the Swan. The supernova remnant is within the plane of our Milky Way galaxy and is 2,600 light-years away. The photo is a combination of separate images taken in three colors, oxygen atoms (blue) emit light at temperatures of 30,000 to 60,000 degrees Celsius (50,000 to 100,000 degrees Farenheit). Hydrogen atoms (green) arise throughout the region of shocked gas. Sulfur atoms (red) form when the gas cools to around 10,000 degrees Celsius (18,000 degrees Farenheit).