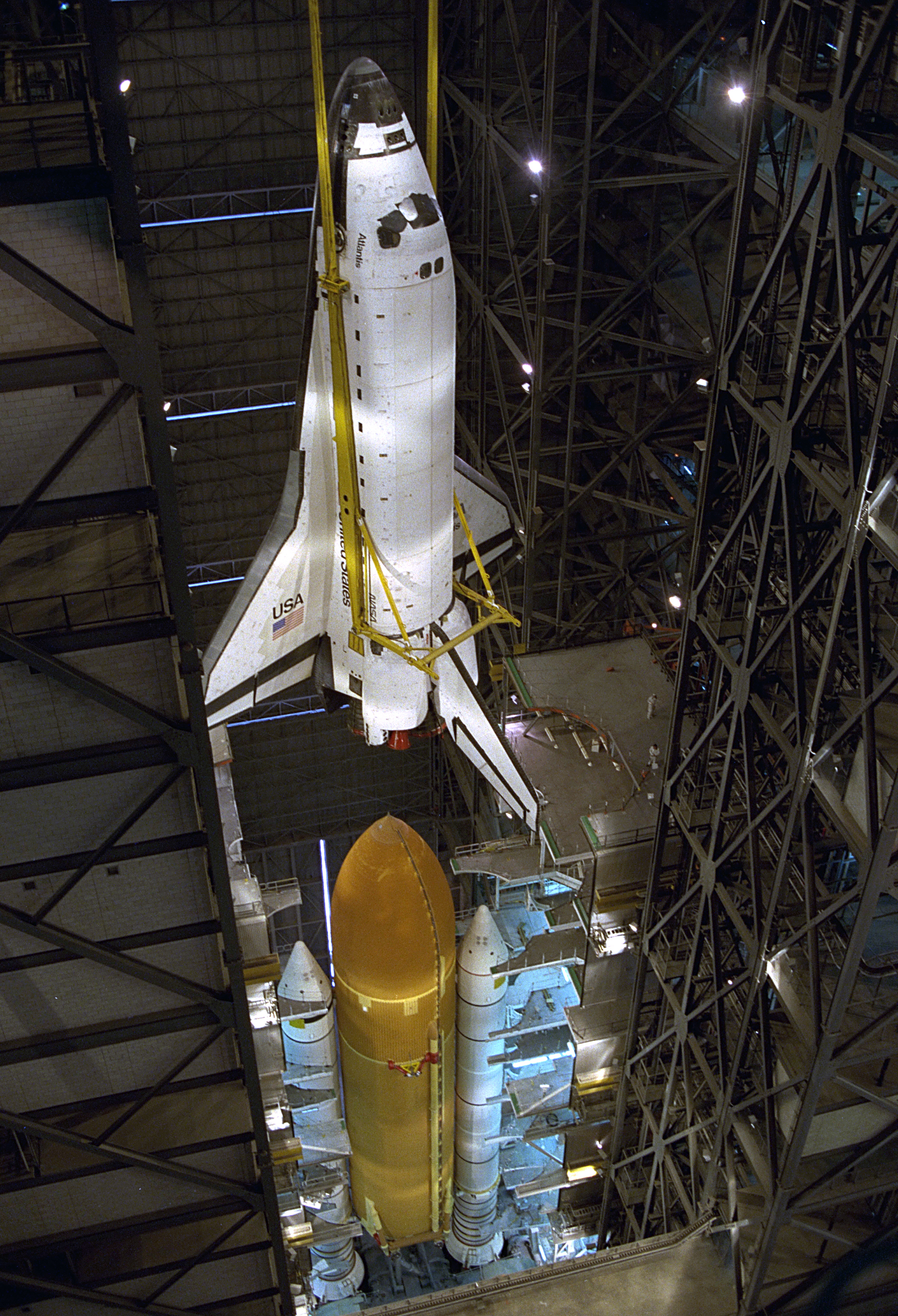 Try to find the date or year when this image was made.
Thanks for contributing!
A vantage point from far above yields a dramatic view of an orbiter being demated from its stack inside the Vehicle Assembly Building (VAB). The approximately 171,000 pound (77,566 kilogram) Orbiter is being hoisted by crane up and away from the 184 foot (56 meter) tall external tank/solid rocket booster stack. The vehicle was tilted to fit through an opening 190 feet (58 meters) above the ground, then lowered to the VAB transfer aisle and installed atop the orbiter transporter. This photograph was taken from the 34th level of the VAB; the operator cabin of the crane is located one level above. After a return visit to the Orbiter Processing Facility, Atlantis was brought back to the VAB and mated to a new external tank/booster stack. It lifted off on Mission STS-79 on September 16, 1996.